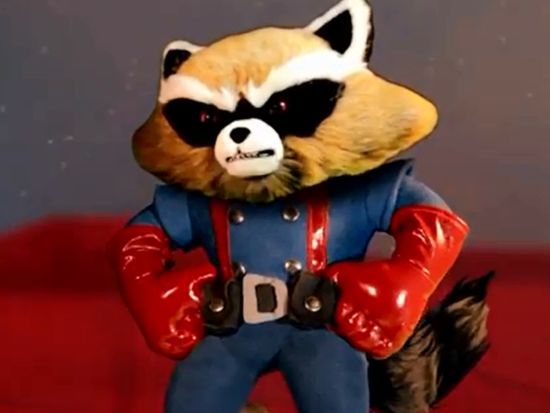 However, Penagos tweeted a link today to a "Marvel Super Heroes: What The--?!" video along with the text, "Here's that Rocket Raccoon video I was raving about a few weeks ago." The video is actually a promotional video for the Rocket Raccoon plush doll, which will be available at the 2013 New York Comic Con.

As far as when we will see an officially released Guardians Of The Galaxy trailer, director James Gunn recently tweeted, "I know but cannot tell you, sorry."