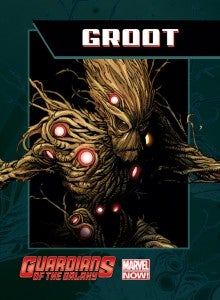 According to IMDB (which is not always a reliable source), the role of Groot in Guardians Of The Galaxy will be played by actor Enzo Cilenti. While this information should be taken as rumor, it does come with some supporting evidence.

Back in May, Enzo Cilenti tweeted, “I may or may not be in #Guardiansofthegalaxy. I am sworn to secrecy so can't say. In entirely unrelated news, ‘I am’.”

Of course, Groot’s trademark phrase is “I am Groot.” Cilenti has since removed his tweet, which would also lend credibility to the casting, because it would suggest Marvel Studios made him remove it. However, if Enzo Cilenti was cast in May, then it’s surprising that Marvel Studios wouldn’t have revealed that information at Comic-Con.

At a Comic-Con press panel attended by Comicbook.com, director James Gunn was asked about when the casting for Rocket Raccoon and Groot would be officially revealed. James Gunn said, “Pretty soon. Pretty soon. Not now-ish. Tomorrow, next week-ish, next month-ish? Kevin? He tells me what to do.” The Kevin that James Gunn was referencing was Marvel Studios president Kevin Feige.

Guardians Of The Galaxy Role Of Groot Rumored To Be Revealed