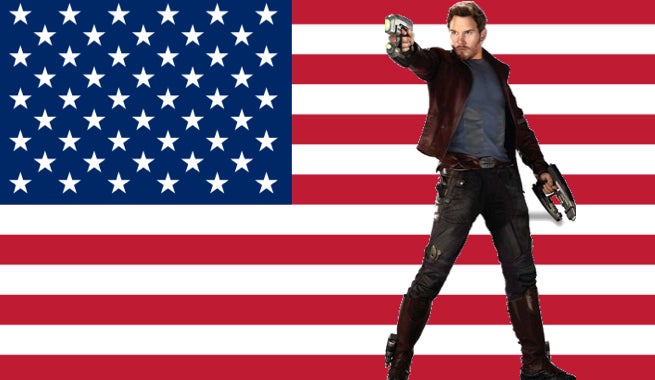 No matter what Galaxy he's in, Chris Pratt will always be a patriot.

In observance of Memorial Day, the Guardians of the Galaxy actor posted a video of himself teaching his son the United State's pledge of allegiance. His two year-old son, Jack Pratt, totally nails it. Pratt stated in the post that he's proud to be an American—a declaration he certainly backs up in the video. You can check it out below.

Meant to post this on #MemorialDay but I was in China and my phone wasn't working. I'm proud to be American. I'm blessed to get to travel the world! #IPledgeAllegiance

Do you think Pratt could teach his son the lyrics to Blue Suede next?

Pratt will star in Jurassic World on June 12, and Guardians of the Galaxy 2 in 2017.

Chainsaw Man Is Getting Its Very Own Sake