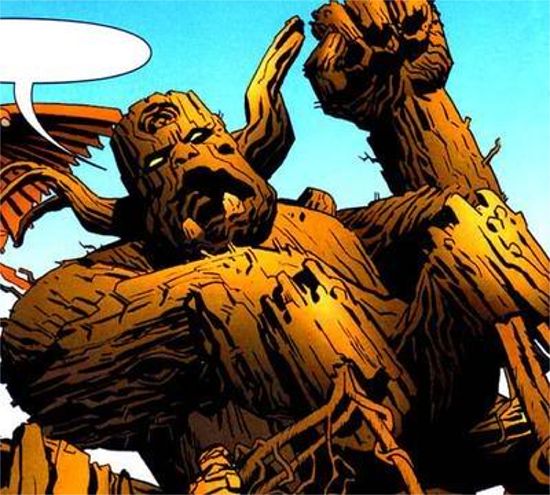 Even though Marvel Studios has yet to officially announce Vin Diesel as Groot in Guardians of the Galaxy, the actor has repeatedly confirmed the role himself. In fact, Vin Diesel has confirmed two things that many fans had wondered about since it was revealed that he would play Groot.

In the comic books, Groot only says "I am Groot." However, the movies don't always follow the comic books exactly, so there was some speculation Vin Diesel's dialogue could be expanded. In a video posted to his Facebook page, Vin Diesel confirmed that Guardians of the Galaxy would stay true to the comics, and he would only have one line of dialogue.

"My father taught me there are no small roles, only small actors," said Vin Diesel. "I have one line in the movie, but that doesn't mean anything. I'm still going to make it the best thing possible I can. Even if it means taking Andy Serkis to a whole other level, which is what we want to do with our motion capture."

Guardians of the Galaxy is scheduled to be released on August 1, 2014.

Guardians Of The Galaxy: Vin Diesel Confirms One Line Of Dialogue And Motion Capture