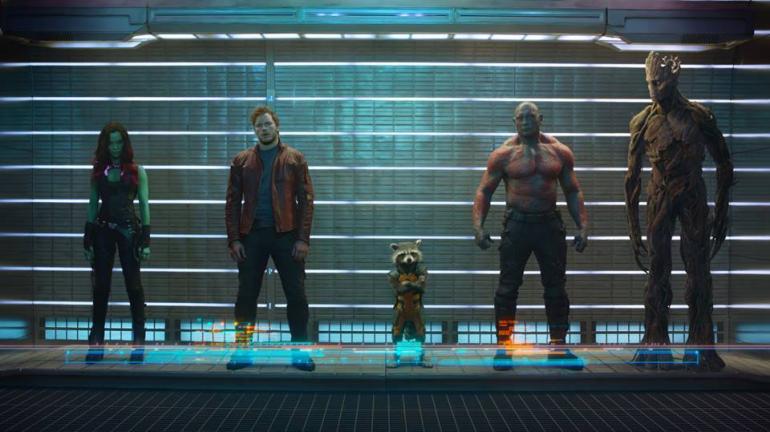 Disney is reporting that their 2014 U.S. box office totals have passed $1 billion, thanks in large part to the success of Captain America: The Winter Soldier and Guardians of the Galaxy.

Captain America generated just under $260 million since its release in April. So far, Guardians has generated more than $134 million. That means Marvel Studios movies have accounted for roughly 39% of Disney's U.S. box office revenue this year (even if you don't consider whatever little bit of business Thor: The Dark World -- which was released last November -- was doing at the beginning of the year).

Internationally, the studio has made more than $2 billion in ticket sales this year, with Captain America: The Winter Soldier and Guardians of the Galaxy combining to account for just under $933 million of that. Disney, according to Variety, has now surpassed Warner Bros. for the second-biggest market share this year, trailing Fox who is riding high on X-Men: Days of Future Past, The Fault in Our Stars and Dawn of the Planet of the Apes.

The models are actually fairly similar for Disney and Fox, when you look at critical and fan reception of their biggest films; the Marvel movies for Disney and X-Men and Apes for Fox have both enjoyed almost universal critical and fan appreciation, uncommon for big blockbusters which tend to be divisive, especially with critics.