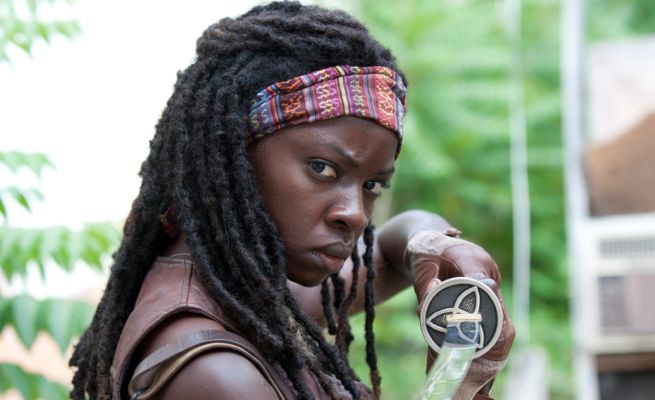 Best known for her current role as Michonne, the sword-swinging powerhouse from The Walking Dead, Gurira has acted as far back as 2004. After a number of small roles, Gurira made her big break with Treme, the HBO series about a post-Hurricane Katrina New Orleans. She played the role of Jill in that series. Later this year, she will portray Afeni Shakur in the Tupac biopic All Eyez On Me.

Gruyere became a regular cast member of The Walking Dead during its third season, where she aided Andrea through the Governor’s town of Woodbury. Since her debut, Gurira has risen to become one of the series’ biggest stars.

Danai Gurira was born on February 14, 1978 in Grinnell, Iowa, and she turns 38 years old today. We can only imagine she'll celbrate by watching The Walking Dead's midseason six return tonight on AMC.

Does Marvel's Blade Reboot Need to Be Rated R?