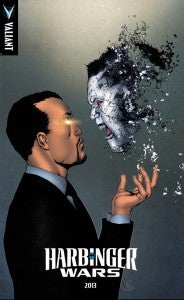 We've had the War of the Supermen, War of the Green Lanterns, Avengers vs. X-Men and there'll be a Trinity War at DC soon. If there's one rule so straight and true you can use it as a construction level, it's that superhero comics love their wars.

So it should be no surprise that Valiant is getting in on the act; the publisher today announced Harbinger Wars, a crossover story  that will see Bloodshot taking on Harada, The Renegades and the rest of the Harbinger cast.

Nothing else is known for now, but stay tuned.

Duane Swierczynski, the writer of the monthly Bloodshot title for Valiant (as well as IDW's Judge Dredd, which just launched), is leaving DC Entertainment's Birds of Prey in March, so the smart money is probably on him penning the story. 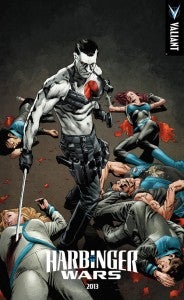 Harbinger Wars Coming From Valiant in 2013