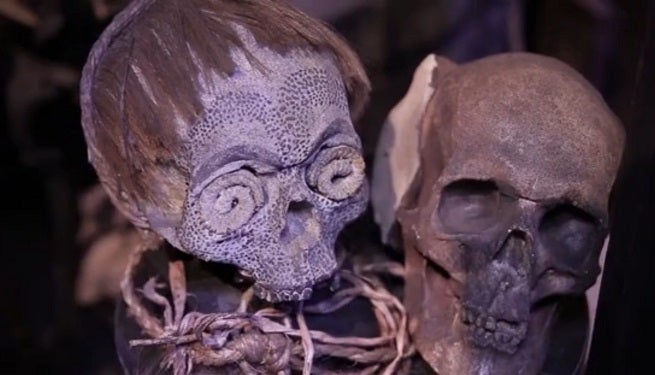 The Telegraph has a first look at the Harry Potter Dark Arts exhibit, a new permanent exhibit on the Warner Bros. Studio Tour.

The exhibit includes props from the darkest corners of the Harry Potter films, including Horcrux, shrunken heads, and even Voldemort’s snake Nagini.

The exhibit opens October 14 at the Warner Bros. Studio Tour in London.