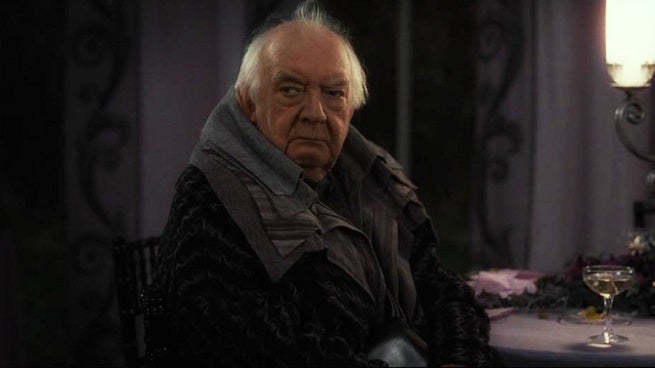 The news originated with Sherlock writer and actor Mark Gatiss:

The great David Ryall left us on Christmas Day. A twinkling, brilliant, wonderful actor I was privileged to call a friend. RIP.

Thoughts with @charlie_ryall and family at this very sad time.

Ryall, who started his career on the British stage, has been appearing onscreen for decades, most recognizably for mainstream U.S. audiences in City of Ember and The Elephant Man.

Having appeared in a number of TV series including The Singing Detective, the U.K.'s House of Cardsi and Midsomer Murders, Ryall's most recent role was as a grandfather who suffers from dementia in the BBC's Outnumbered.

Ryall replaced Peter Cartwright in the role of Elphias Doge in Harry Potter and the Deathly Hallows Part 1.