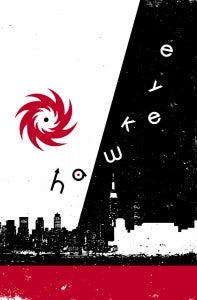 , Fantastic Four and FF writer Matt Fraction announced today via a video at MTV Geek that he will donate his royalties from the upcoming Hawkeye #7 to Hurricane Sandy relief through the American Red Cross.

"So many regular people did so much good, it felt like Hawkeye is an appropriate place to do a Sandy story," explained Fraction of the decision to tell a disaster-centric story for the month.  MTV Geek reports that while Marvel had initially planned on introducing a new villain in the issue, that character will now first appear in February with the hurricane relief issue being released in January instead.

The issue, out in January, will give regular series artist David Aja a chance to take a break and start gearing up for the next storyline while Fraction and a pair of guest artists. Steve Lieber and Jesse Hamm will join the series to tell stories about the way Clint Barton and Kate Bishop deal with a once-in-a-generation storm in New York.

"Hawkeye has turned out to be a book about a regular guy doing superhuman things so this seemed the appropriate place to tell a story about precisely that -- regular people, real people, coming together in the face of this once-a-century scale disaster,” said Fraction. "We kinda-sorta blew our schedule up to make this happen; the book was written in a few-days of frenzy and will be drawn in two halves -- a Clint Barton story handled by Steve Lieber, and a Kate Bishop story drawn by Jesse Hamm. Both are Portland guys, like me, and both are phenomenally talented. I'm blessed to be able to work with artists of their caliber at all, let alone on a suicide mission like this book.”