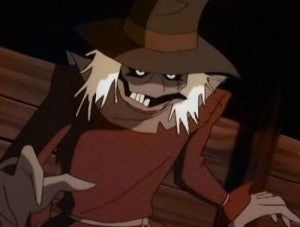 TV actor Henry Polic II has passed away from cancer at the age of 68. While Henry Polic II might be best known for playing Jerry Silver on ABC’s Webster, readers of this site will likely remember him as the voice of Dr. Jonathan Crane (Scarecrow) on the Batman: The Animated Series.

Henry Polic II provided the voice of Scarecrow for the Batman: The Animated Series episodes titled "Nothing to Fear," "Fear of Victory," "Dreams in Darkness," "Harley's Holiday," and "Lock-Up."

Other recurring TV roles for Henry Polic II included the Sheriff of Nottingham on When Things Were Rotten and Dracula in Monster Squad. Polic also appeared in episodes of some of the most well-known shows on television including The Bionic Woman, Mork & Mindy, The Love Boat, Fantasy Island and The Incredible Hulk.