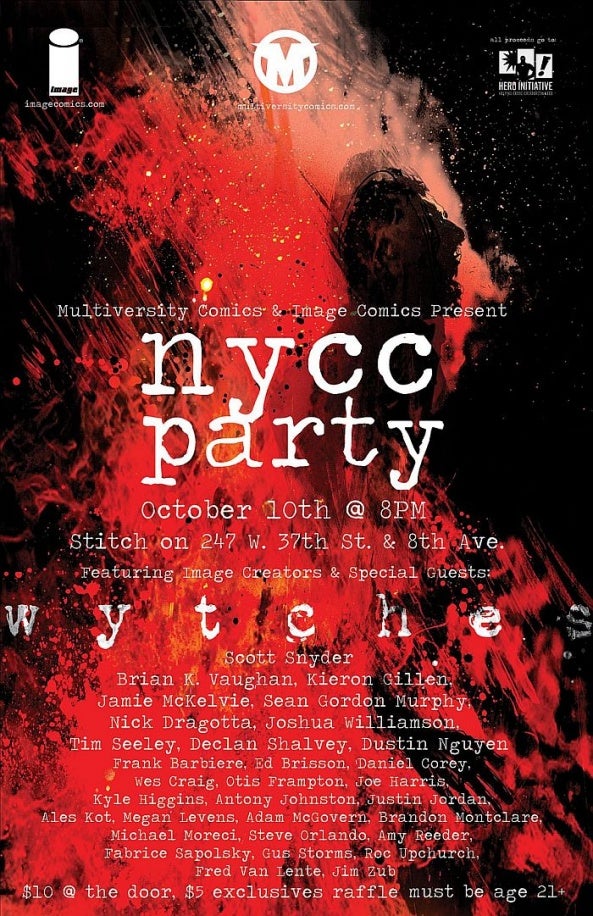 Hero Initiative, the charitable organization dedicated to helping veteran comic creators in medical or financial need, have announced their plans for this weekend's New York Comic Con, to be held at the Javits Center located at 655 West 34th St. on October 9-12.

Legendary Batman writer and editor Denny O’Neil will be at the con on FRIDAY only and will be doing his ONLY signing appearance at the Hero booth from 1:00 p.m. to 3:30 p.m. Hero is urging fans to get to booth number N104-106 early.

Hero is also part of the Image Comics/Multiversity Comics NYCC party as well. Fans 21 and older are invited to show up at Stitch at 247 W. 37th St (at 8th Ave.) with guests Scott Snyder, Brian K. Vaughan, Kieron Gillen, Jamie McKelvie, Tim Seeley and more. The $10 cover at the door benefits Hero.