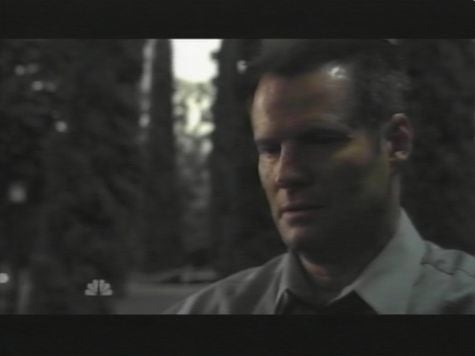 At the end of last week's Building 26 episode of Heroes, Parkman, Peter, and Mohinder kidnapped Noah Bennett, aka, HRG. The preview for this week was all about HRG. Is he a hero? Is he a villain? We'll find out! Well, not really. Because HRG is, well, HRG. He's admittedly in a 'morally gray' area. And that's why I'll say something that no one else is saying: HRG cares about one thing and one thing only: HRG. This is a man that repeatedly had his wife's memories erased. He seems to have zero relationship with his biological son. Yet he acts as if his adopted daughter Claire is the most special thing in the world. Well, I'm telling you that HRG doesn't care about Claire. He may act like it, but he doesn't. My guess is that he pretends to protect her because she's extremely important. And if something happens to her, HRG is in some deep doo-doo. HRG is looking out for himself, and that's it. Here is a quick synopsis of the episode. Be sure to check out the end of the column when I give my predictions. Parkman, Peter, and Mohinder have HRG strapped to a chair at some low rent motel. It looked like a one bed place, which made me think "Why the heck don't they get themselves a better place?" And then I realized that none of the three probably have any cash. With the government knowing their identities, those three probably have little money at all. I'm surprised we didn't see some dollar menu McDonald's items in the background. 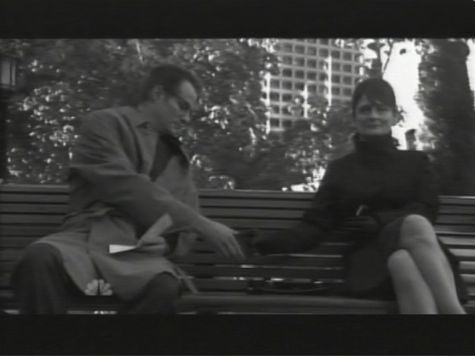 Anyway, Parkman keeps HRG drugged because he doesn't think he can break a sober HRG. Parkman has changed since Daphne was killed. He's pissed and aggressive. We go back five weeks ago. HRG and Angela Petrelli are talking. She's telling him that Primatech is shut down for good, but HRG wants to keep going. She gives him a check for severance and years of service, as well as a watch. HRG doesn't know what to do--all he's ever done is chase people with abilities. 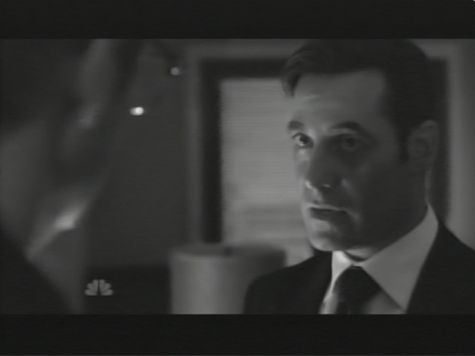 We see a bored HRG doing crosswords, and Nathan comes to his door. Nathan tells HRG that he has a government operation going and wants HRG to round people up. Claire will be safe if he helps. Nathan wants to eliminate everyone's abilities. Nathan wants to know how HRG tracked everyone for 20 years. HRG lets Nathan into his storage facility, which has boxes of files on people. Cut back to Parkman, who says that HRG and Nathan planned everything. Mohinder and Parkman argue, because Mohinder thinks Parkman is putting too much of a strain on HRG's body. The new Parkman is angry, and he writes down the address for the storage facility. Peter flies off to check it out. 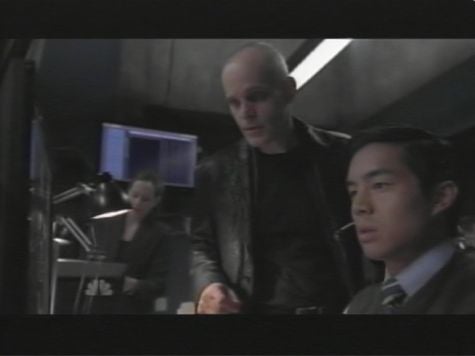 Inside the unit, Peter finds some guns. However, back at Building 26, The Hunter's team has camera equipment watching the storage unit. An armed unit is dispatched, but Peter escapes unharmed. That fancy flying thing works every time. HRG snaps out of his drugged state and tells Parkman that he hasn't checked in, so that means an armed unit is tracking him right now. Parkman and crew better give up or they'll end up dead. Parkman ignores HRG and delves back into his brain. We see that HRG and The Hunter know of each other and don't like each other at all. We also find out that HRG reached out to Mohinder for help. That he wanted Mohinder to help save lives. The problem is, Mohinder never told anyone about the encounter. 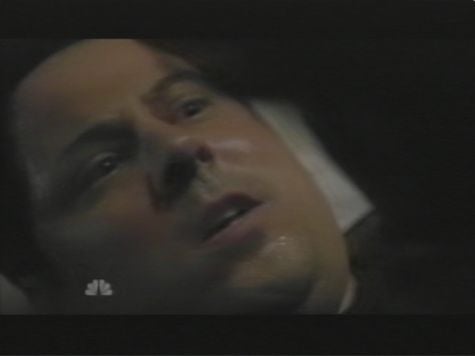 Mohinder and Parkman argue about why Mohinder didn't say anything, and then they get into a physical fight. When things calm down, they look, and HRG is gone. HRG breaks into a car and begins to hotwire it, but Peter flies on to the car and captures him. Parkman and crew strap HRG back in the chair, and we're back inside HRG's mind. We see HRG visiting The Hunter at the Hunter's apartment. They still don't like each other. HRG says he's there to clear the air, but The Hunter tells HRG that HRG is weak. That he's divided--a family man and a work man. And that he has a huge soft spot for his daughter. The Hunter doesn't like that. We cut back to Parkman, who gives Peter the home address of The Hunter. Peter flies over there, and surprises The Hunter, puts a gun to his head. Of course, the house is under surveillance, so Building 26, including Nathan, sees it. They send a team out. Peter questions The Hunter and threatens to kill him. The Hunter says that if Peter kills him, it will justify everything he's been working on. Everyone will know how dangerous they are. 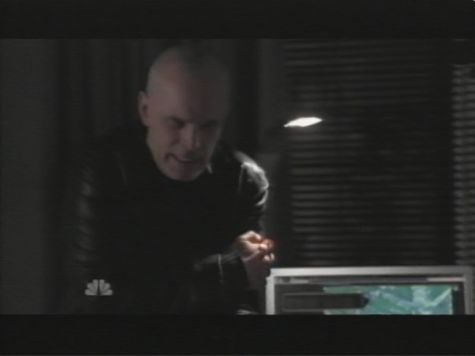 Nathan walks in, and The Hunter asks how he got there so fast. DING! DING! DING! We have a winner! Nathan has been outed! Peter shoots The Hunter in the arm. Nathan says that there is a unit moving in on Parkman and Mohinder right now and that if he shoots The Hunter, he's signed Parkman and Mohinder's death warrant. Peter flies off. Back at the hotel, HRG tells Parkman that Daphne is alive. Parkman doesn't believe him. Mohinder tells Parkman to find out for sure--that he'll hold off the incoming unit. Parkman goes into HRG's head and finds out that Daphne really is alive. Meanwhile, Mohinder is outside, whipping some tail. But after about 10 stun gun shots to the chest, he crashes to the ground. Note: I've never been a big Mohinder fan, but I was pretty pumped that it took that much to put him down. The old Mohinder would have started crying the first time he saw a gun. Meanwhile, they have Parkman into custody and are bringing him outside. BOOM! A flash grenade. And then we see that Peter has flown in and taken Parkman away safely. Back at Building 26, Mohinder is chained up. Nathan is there, wanting his help. Cut to HRG and The Hunter. The Hunter tells HRG to take some time off. HRG says that The Hunter was right, that he was weak. But not anymore. The two agree that they should work closer together and toughen up the unit. The Hunter leaves, and HRG walks over to a bench. Angela is there. HRG says that The Hunter trusts him, but Angela says to be careful. She tells him that he'll need to make some tough choices to seem loyal, and HRG is fine with that. 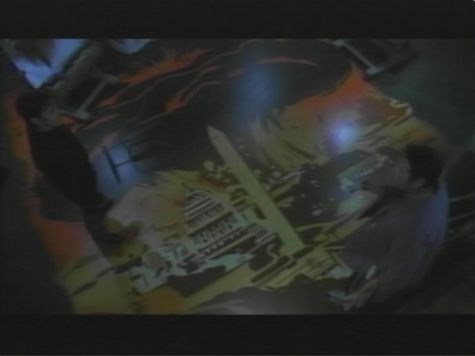 The final scene shows Parkman painting. When he comes out of his trance, he sees that he's painted D.C. on fire. Predictions: HRG is going to kill a major character before the season is out. Who might it be? I'm guessing Parkman. If the Heroes get Daphne back, Parkman will revert to the whiny little schoolboy he's been most of this season. He'll want to run, but Daphne will want to fight. Nathan Petrelli will die before this season is out. That's all for now, but be sure to check back to Comicbook.com tomorrow when we debut our "From the Boards" column--a look at possible answers to questions surrounding the show.