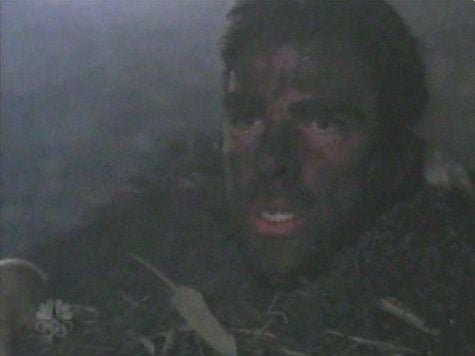 With 'Acceptance', 'Heroes' delivered one of its best character-driven shows in a long, long time. Not plot-driven though--as the show continued to nudge along at a snails pace. So here's the quick recap, followed by some thoughts: HRG is in a funk, and Claire talks him into really thinking about what he wants to do with his life. What does he decide? That's he's a Company Man, and he has to work to feel good about himself. Only this time, he's going to do the right thing... Speaking of that, Tracy gets her old job back with the Governor. But after coming to an understanding that she wants to be more than a piece of meat, she quits and also vows to help people. Hiro, who spends the entire episode attempting to save a former co-worker from committing suicide by attempting to change the past, finally realizes that he cannot change the past to his liking. The episode, for him, ends when he tells his sister that he's dying and shows her his powers. Nathan knows something is really up with his body, as he keeps collecting up new powers. After Angela delivers a basket of old items of Nathan's from his childhood, Nathan discovers he can see the past through touching an item (one of Sylar's powers). Nathan finds out that an old girlfriend of his died while they were together and Angela covered the whole thing up. Nathan, conjuring up a conscience, tells the girl's mother what happened. The mother has Nathan 'killed' and dumped into a shallow grave. At the end of the episode, we see Sylar come out from the ground. He's bacccck! What missed: Claire. She continues to have zero role in this series, save being a quasi-counselor for HRG. As with the other characters that realized their true identities, Claire should have done the same in this episode. Get everyone going in the right direction, then pick up the pace on the storylines. Missed opportunity by the show's producers. Tracy and HRG. Are we really to believe that these two have found their good sides? Come on. They're both a couple of con men (or woman, in Tracy's case). We know they can't stay straight. Heck, the scene at the diner between the pair was almost laughable. You wanted to believe it, but you couldn't because it was just one con artist spinning the latest tale on another con artist. Samuel the Carnie. Sure, he has some talents, but is anyone really scared of this guy? Do we really care what happened to his brother? As much as they drag it out, the storyline had better be pretty good. Hiro's time-traveling. Okay, Hiro goes back in time 47 times and nothing changes in the world? No Butterfly Effect? Whoops. What worked: Fellow Carnies Lydia and Jimmy. We love the fact that there is internal strife in the Carnie camp. After all, this show, like life, isn't always about black and white. There are shades of gray, and it's nice to see that the 'bad' side has shades of evil, just like the good side runs the gammit. Sylar/Nathan doubling. Can we please hope that Nathan is really gone? Nathan's character never really brought much to the show, and this 'I keep feeling I'm someone else' bit is incredibly annoying. Let Sylar loose, because we think he's gonna battle some carnies! Overall: Great character arcs in this episode. Now, let's get the story moving. Time for some exciting weeks--we hope.