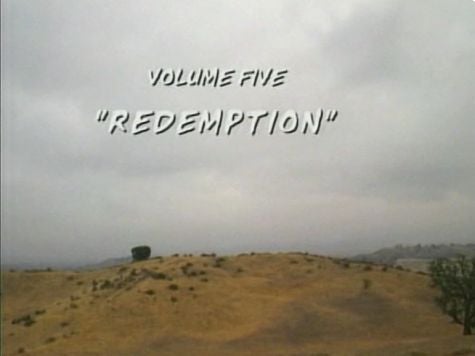 Volume Five, 'Redemption,' of Heroes kicked off with the two hour show entitled "Orientation/Jump, Push, Fall." Last May, the story left off with perennial villain Sylar being transformed into Nathan Petrelli. We didn't know what the Heroes would do next. So let's catch up. Claire is a freshman at college outside Washington DC. Hiro and Ando are back in Japan, and they've started their own business called 'Dial a Hero.' Hiro is dying of something--we don't know what. Peter has his old job back as a paramedic. HRG is in DC starting up 'The Company' again. Angela Petrelli is in NYC. Traci Strauss is in DC, killing all of Danko's men. Nathan is also in the Capital, as he's still a U.S. Senator. Parkman is a detective in California. 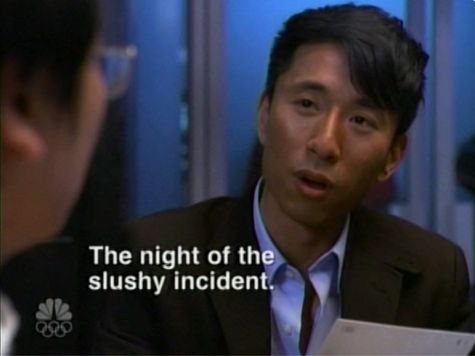 Got all that? Pretty simple, no? Unfortunately for series creator Tim Kring (and the viewers), it took 45 minutes to tell us that information. One word--BORING. Instead of getting us into the action, we're treated to Claire's annoying roommate, her soon to be annoying best friend, and Hiro and Ando saving a cat. There are glaring holes in the story as well. Claire and HRG are best buds again, and no one in the entire country seems to have had a problem with a longtime missing Senator. Somewhere along the way, HRG has gained somewhat of a conscience. He's not sure if he can stomach running the Company, and he seems like he wants to help people. Case in point: aqua Hero turned serial killer Traci Strauss. After Strauss's attempt on HRG's life is foiled by Danko (who wants to team up with HRG to kill Strauss), HRG, decides to play nice and help Strauss get her life back to normal. How? By getting the Haitian to wipe out any memory of Strauss from Danko's brain. And that, folks, is the highlight of the two hour episode--a three second shot of the return of The Haitian. Welcome back sir--you've been missed quite badly. Strauss, not trusting the glee club-like HRG, goes to Danko's house to kill him anyway. She realizes that Danko doesn't know her and starts to leave. Only someone else is in the apartment--a fast, knife wielding man with powers. The man kills Danko, fails to kill Traci (she's just made of water), and leaves. 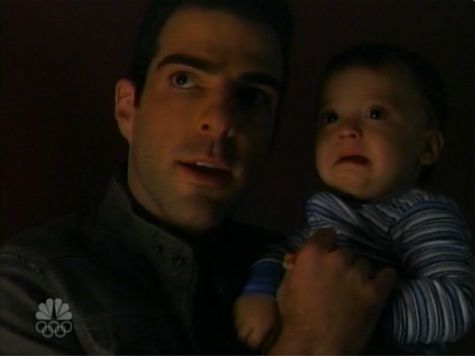 Who is this man? He's part of the new bad guys for the season. Finally, it looks like there is someone else to cause trouble besides Sylar. A group of power carrying Carnies have traveled the world for some time now, searching for other Heroes to join them. And, apparently, to fix some past wrongs. From who or what, we don't know yet. Their leader is a nifty tattoo artist named Samuel that can summon images of other Heroes. His female sidekick, after being tatted up, fills in the information about the person they're trying to find. The Carnies have an old, ailing man that can send people back in time. But he's dying, and they need a replacement. Samuel finds Hiro, and travels back in time to a carnival in Tokyo 14 years ago. It was at that carnival where Hiro first learned he'd be a hero. And also where he jumped on Ando's back and spilled a slushy on his sister. Hiro's sister never forgave Ando for that (really--over a slushy?). Somehow, when Samuel is sent back to the past, Hiro also flashes back. Here, Samuel encourages Hiro to change the past--right past wrongs. Hiro says no, but Samuel pushes Hiro into the way of the slushy. Seems harmless enough. 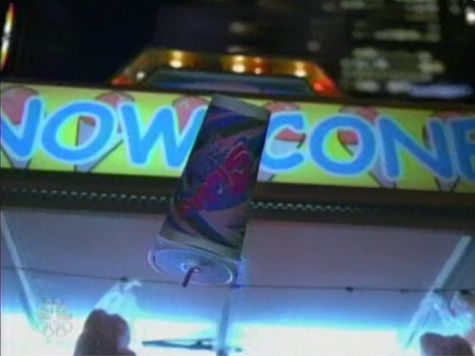 When Hiro gets back to the present, Ando and Hiro's sister are dating. Hiro realizes he can go back and change the past, and that is his new mission. Back to Claire, and luckily for us, her roomate has jumped (or fallen) out the window and died. Say buh bye to the annoying roomate--though we suspect Claire's new friend will adequately replace the roomie. HRG finds a key inside Danko's body (weird), which leads to a safe deposit box. Realizing that he can't go toe to toe with the fast knife guy, HRG calls on Peter to protect him. Since this is the new nice version of HRG, Peter agrees to go and help out. While at the bank, the Carnie shows up. Peter steals the Carnie's powers and fends him off. Inside the box is a broken compass-or it appears it only works for special people. Peter won't take the compass, because he wants to do good with his life. So HRG hangs on to it. The next time we see HRG, he's been cut up by the Carnie. Could we be so lucky to finally have the show move on without him? Of course not. He's saved by Peter. And what would an episode be without Sylar? The villain that will never go away has already shown himself in two people: Nathan and Parkman. Nathan is quickly realizing that he is pretty powerful, and that something about him isn't right. Sylar is beginning to creep through. Parkman, when he mind molded Slyar's into Nathan, somehow picked up a piece of the villain. Now Sylar is haunting Parkman, clamoring for his body back. 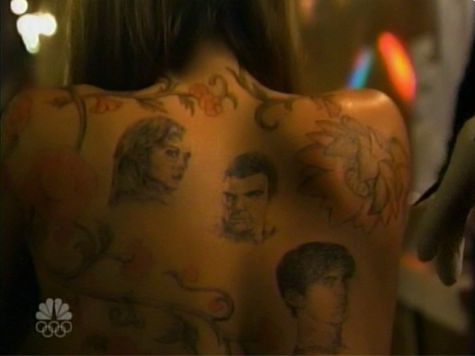 All in all, a pretty disappointing start to the season. The Carnies could have been more mysterious and intriguing. Instead, they were ho-hum. Slyar is coming back sooner than later, which will please his fans, but torture the rest of us that want someone new for the Heroes to fight. This episode, well, was quite a bit slushy. Let's hope the new season doesn't leave us out in the cold.