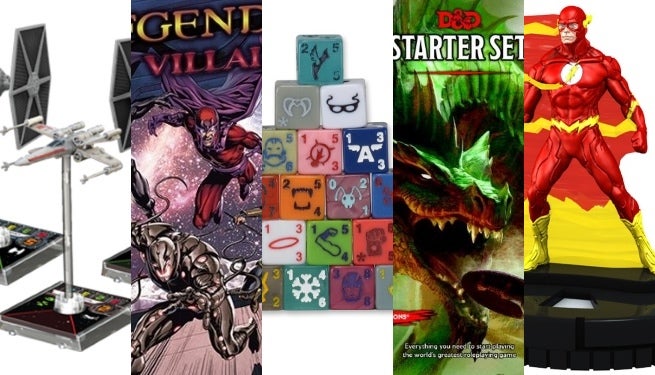 Black Friday is here again, marking the unofficial beginning of the Holiday Shopping season. It can all be a bit overwhelming, so we're here to help.

This guide will give you some ideas about what to get the pop culture enthusiast on your list who is into tabletop gaming. Thanks to various factors, tabletop gaming is experiencing a boom period, so there's a pretty good chance someone on your shopping list is into it.

Below are some of the best gifts to get the tabletop gamer on your list. They can all be found at your local comic or game store, Amazon.com, or other online hobby outlets. 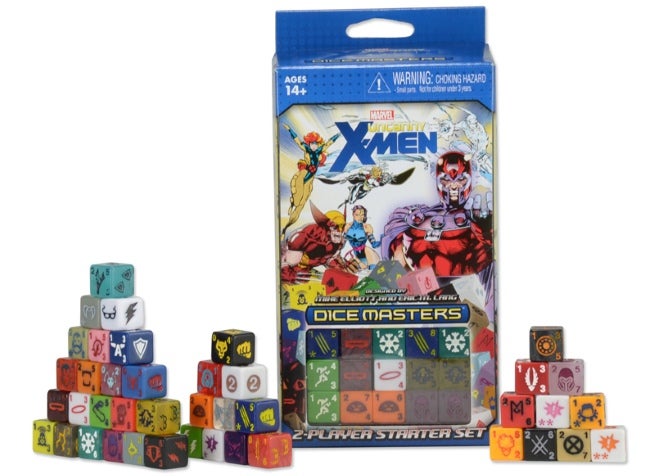 Dice Masters, the new collectible dice game from WizKids Games, has been a huge overnight hit. The game is a variant of the company's other dice game, Quarriors, and combines the combat of Magic: The Gathering, with the drafting mechanics of a deckbuilding game like Legendary (see below), and the random fun and thrills of rolling dice.

The game uses dice to represent your favorite Marvel Comics characters, including The Avengers, the X-Men, the Fantastic Four, and several Marvel villains. The game was so popular that the first set, Avengers vs. X-Men, sold out at an incredible rate.

Luckily, the second set, Uncanny X-Men, has hit store shelves. The Starter Box has everything two players will need to learn the game and start building their collection. If the person you're giving the gift to is more of an Avengers person, the Avengers vs. X-Men starter is back on store shelves and contains lots of Earth's mightiest heroes.

More into DC? There's a Justice League starter coming next year, but it will be totally compatible with what's in the current starters, so there's no reason to wait to learn the game. 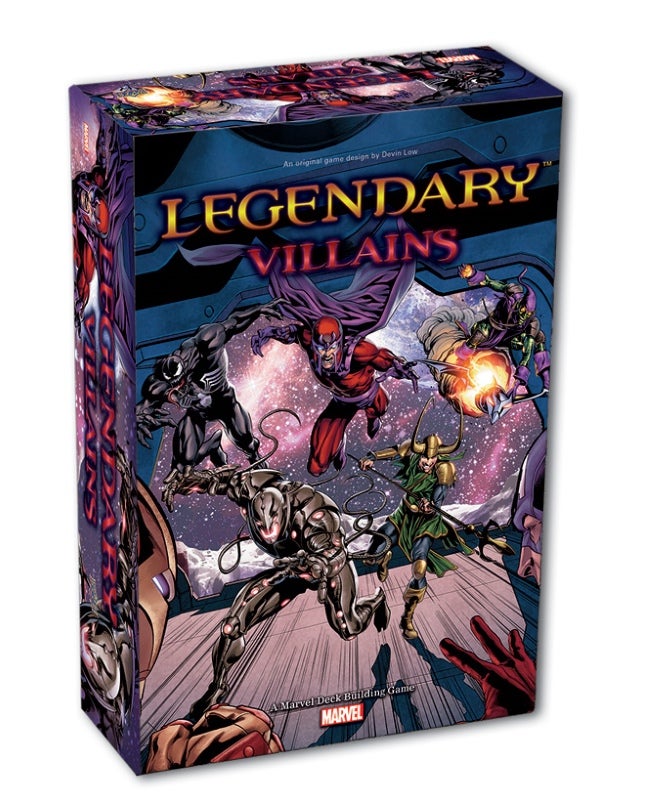 Upper Deck Entertainment's deckbuilding game, featuring characters from the Marvel universe, is fantastic. Wil Wheaton, Mr. Tabletop himself, even called it the best deckbuilding game he's ever played. The cooperative game has players build decks out of Marvel heroes to battle a mastermind and their henchmen, hoping to foil their scheme before it is complete. There's a random element to set up that means no two games of Legendary are exactly the same.

Upper Deck decided to turn the tables this year, and released a standalone Villains variant of the game. Instead of playing as heroes battling masterminds, players build a deck out of villains who have decided to work together long enough to get the better of those meddlesome Marvel superheroes. It's completely standalone, so you don't need to have the original Legendary to play it, but it is also completely compatible with the heroic version, so you can combine them if you do own both.

If the person on your list is already a fan of Legendary, and, like myself, prefers to play on the side of the angels, you might also consider getting the Guardians of the Galaxy expansion for the original, hero-centric game, which add Guardians of the Galaxy characters, cosmic villains like Thanos, and a new artifact mechanic. 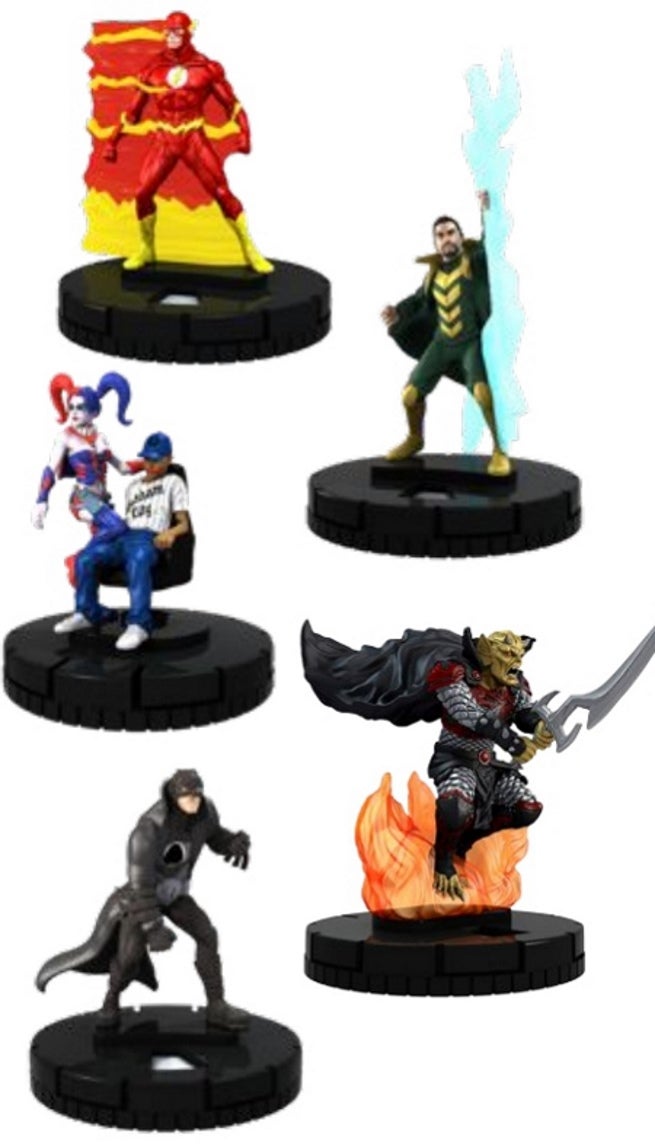 HeroClix is a tabletop miniatures game that lets you put your favorite teams of DC and Marvel comics and movie characters against each other in strategic, superhero combat. The glib description of the game has long been that it is "chess with superpowers," and that's fairly accurate.

If the person on your list is new to HeroClix, you might want to pick them up the Guardians of the Galaxy starter set that released a few months ago. It's got everything you need to start playing, including figures based on characters from the film, a map, a rulebook, and dice.

However, we have to recommend the latest HeroClix set, The Flash, because it is just too much fun. The set features figures based on characters that include every speedster ever in DC Comics, including everyone to ever call themselves the Flash, plus The Authority, the Rogues, ARGUS, and new versions of fan favorite characters The Demon and Harley Quinn.

The set also features some of the best looking HeroClix sculpts ever, and the Speed Force mechanic used on the speedsters makes them a blast to play. Any fan will be happy to see a few boosters of this set in their stocking. 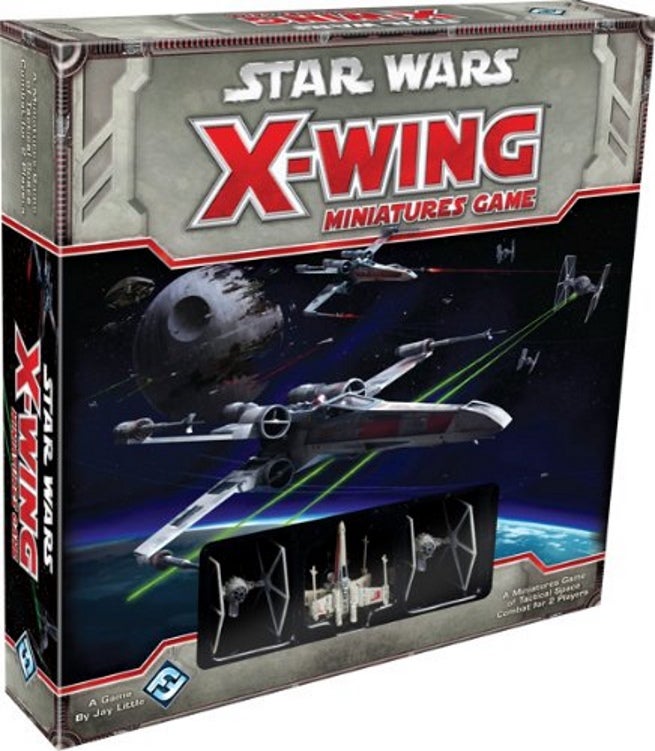 While HeroClix is the go-to game for hand-to-hand, superhero combat, there's a new subgenre of miniature games that focus on aerial combat, and it's really taking off.

At the head of the trend is the Star Wars X-Wing Miniature Game from Fantasy Flight Games, which was featured on the last season of Tabletop. The game lets you take control of your favorite ships and favorite pilots from the Star Wars saga for dogfights and space combat missions.

The Core Set is a good place to start, containing everything you need to start playing, including two TIE fighters and one X-Wing miniature, and there are plenty of ship expansions to choose from if you really want to spoil someone. 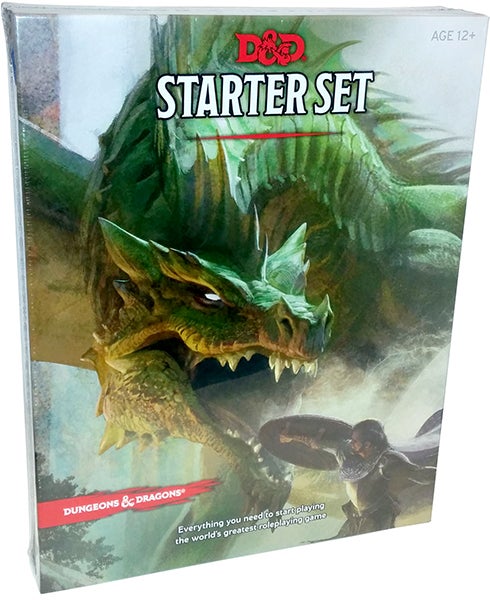 Dungeons & Dragons is the most iconic roleplaying game of all time, and a staple of tabletop gamers' formative experiences. This year is a perfect opportunity to try it, or rekindle a past love for the game, as Wizards of the Coast has released a brand new edition that's designed to appeal players new and old.

After the very video game inspired fourth edition of Dungeons & Dragons, the new edition takes a back to basics approach, making playing the game as simple as possible. More of the action takes place in your imagination, and resolving challenges is much simpler than before.

The new edition is quite inviting, and if you want to follow through on that invitation the Dungeon & Dragons Starter Set features everything you need to play, and a self-contained starter adventure for beginners. After that, the basic ruleset is available at the Dungeons and Dragons website as a free download, so there's nothing stopping your gift recipient from launching their own campaign right away.