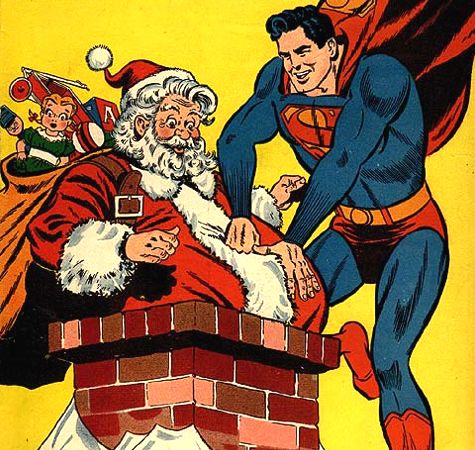 It's the last major shopping day before Christmas, so it seemed like as good a time as any to throw out some of our recommendations for last-minute holiday gifts.

Since we don't have all that long to work on this before you have to place your orders, we'll make it quick and limit this to the ten items we'd tell Santa he should load up his sleigh with if we weren't getting anything else.

(And, theoretically, that have come out pretty recently.)

We'll also make it five big-ish ticket items (retailing $25 and up) and five smaller ones for your Secret Santa.

So, onward to mayhem! 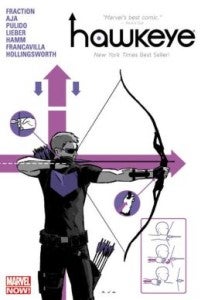 The fan-favorite, award-winning series that's arguably one of the best Marvel Comics has produced in the last five years finally made its way to hardcover recently. What's not to love?

Collecting the first two trade paperback volumes, you can snag a copy of the hardcover for a little less than those two paperbacks new, but the hardcover comes in a nice, oversized format that allows you to really enjoy David Aja's lovely artwork.

Of course, it's late, and you might not be able to get a comparably low-print-run item in time for Christmas. Well, if you've got a Nook (or the Nook app on your iPad, smartphone or Kindle Fire), you can snag a digital copy of the first volume in the paperback collection for $10.99 and the second for $9.49, which is well below cover price for either the paperbacks or hardcovers.

It's also a nice way to get your fix if you're an existing fan--revisit the book while you're waiting for the seemingly-always-delayed monthly series to find its way back to your local comic shop! 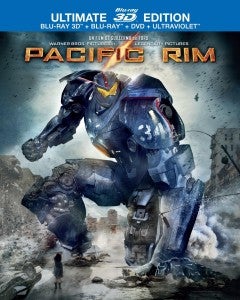 This is one of the most universally-beloved movies that came out this year. Iron Man 3 had its detractors, and so did Man of Steel...but Pacific Rim? It's tough to find much of anybody who doesn't have nice things to say about director Guillermo del Toro's monsters-versus-robots epic.

If you really wanted to get crazy, you could get the super-mega 3-D Blu-ray Collector's Edition that comes with a cool statue of Gipsy Danger for around $45. But if you want a little more bang for your buck?

Well, you could put together a pretty snazzy Pacific Rim gift pack for that comic book/pop culture lover in your life for around $50. Not only did the movie already come out on Blu-ray and DVD, but there are action figures and a hardcover comic (you can check out our review of the movie here and our interview with the film's writer, about his graphic novel here) that you can still get on Amazon or Barnes & Noble with two-day delivery to theoretically show up on Christmas Eve.

And if you wait past today? Well, both the movie and the Tales From Year Zero graphic novel are available digitally. 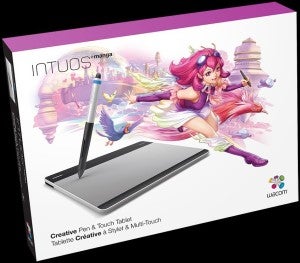 To celebrate the fact that it was now basically free if you take into account how much you'd have to pay for all that software, I decided to give it a try. After all, when you're doing a comic but you're not at all famous, there's no value to original art and digital drawing has basically no downside.

With pressure-sensitive pen technology and multi-gesture support, the Wacom Manga pen and tablet "provide artists with enhanced control over their projects," is what the ad copy read. I dig it. If nothing else, it's wonderful to be able to step back, undo, stuff like that. And I draw too hard anyway; I've never had much luck fully erasing my stray marks and inking my pencils is a bit of a chore. 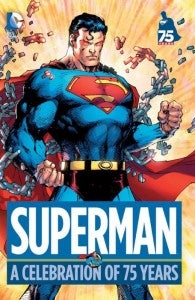 Superman: A Celebration of 75 Years

Hardly a definitive collection of Superman stories, that's understandable as it would be nearly-impossible to print one. Nevertheless, it's got a number of great stories collected here, including some that are a bit of a pain in the neck to get your hands on easily and cheaply if you don't buy them here.

The hardcover, which has a companion volume that celebrates 75 years of Lois Lane, is not as expensive as you'd expect--possibly becuase they released it so late in his "75th anniversary" year that they felt obliged to price it to move at the holidays. Good for readers, then.

If you're grabbing that, or if you want something that's a bit easier to find or that you can do digitally, may we recommend Man of Steel? Certainly, the newest Superman movie has a lot in common with this somewhat grittier look at the Last Son of Krypton's legacy. The fact that the movie we called "the best comic book movie ever made" is out on Blu-ray and DVD in time for Christmas, seems to beg inclusion in the list, doesn't it? 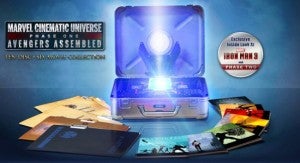 The Marvel Cinematic Universe Phase One

No longer a limited-run product, this seems to be in stores forever now. All the better.

There's also been convention variants, of course, but at the core of the box sets is the seven movies (including four good ones, plus Iron Man 2 and The Incredible Hulk) that built Marvel's Avengers franchise. It's the priciest item on this list, for sure, but it's a sure-fire hit with whoever you might buy it for.

And, thus endeth our bigger-ticket items. That's going out with a bang! Now for the cheap stuff... 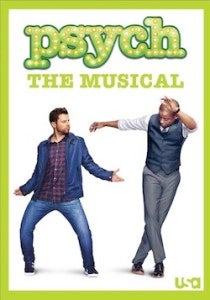 You can pick this one up dirt cheap as a digital download ($2.99, just like most TV episodes), but if you pick it up on DVD, you get some special features, including an extended scene and some music-themed Psych episodes from seasons past...plus the CD soundtrack, if you're actually into the music.

This was a really fun episode of a really fun show, and the fact that it's out on DVD about a week after having first aired on TV is great. It had better turnaround than NBC's The Sound of Music Live, which the network decided to milk for reruns at Christmastime before finally making it available just barely in time to be a gift.

Of course, that could all be part of some larger plan, considering that Psych (though it aired later) did the same thing and is also, obviously, a contemporary musical with nods to the past.

With a Batman vs. Superman movie coming up that's a sequel to the film named after a John Byrne series, what better to pick up than the recently-reissued collected edition of one of the pair's first post-Crisis team-ups, inspired by Byrne's take on Superman and his relationship with Batman in The Man of Steel?

Superman: Dark Knight Over Metropolis collects one of those storylines that everyone who read it seemed to really love, but that hit the stands back before the trade market demanded every issue of every half-decent-selling book be immediately shunted off to the bookstore market with a nice cover. I'm hoping it sells well enough to get some of the better '80s and early '90s Batman and Superman material a second look from DC.

The first story arc of Joe Harris and Michael Walsh's terrific continuation of the mega-hit FOX TV series is a must-read for fans of both the series and of good comics in general. And, conveniently enough, it just hit the stands!

Greg Rucka and Michael Lark have crafted a terrific comic in Lazarus, and it's still early enough to get in on the ground floor! Pick up this collected edition of the first story arc and I believe there would be only one new comic to get yourself current before the next new issue in a couple of weeks. It's the cheapest item on this list, and one of the best books you'll read all year.

Rachel Rising is one of the best comics on the stands and, as recently revealed, is having some sales troubles in terms of keeping the floppies afloat. Howzabout doing yourself a favor by picking up the collected editions, which will simultaneously inject a bit of revenue into one of the most reliably awesome comics on the market? Everybody wins!