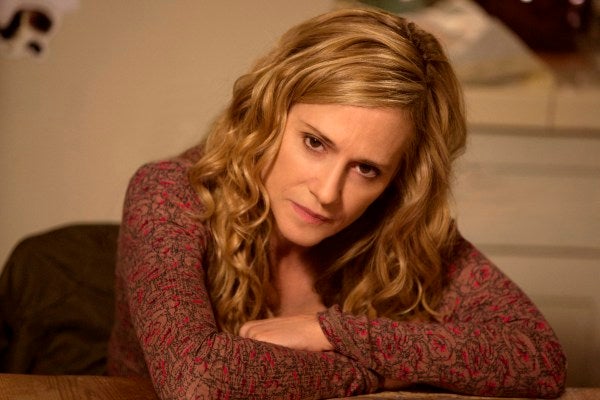 Speaking with The Wall Street Journal, Hunter described Zack Snyder's world as an "uber mega environment." Given that Batman V. Superman marks the true start of DC's connected universe of films, it makes sense that it would feel rather sprawling to some. Further describing the film as a "massive piece of machinery," Hunter said that Snyder is excelling under the massive expectations.

Hunter also revealed that her character gets a little screen time with Superman himself. Describing Henry Cavill's Man of Steel as "phenomenal," she praised both his and Ben Affleck's turn as the World's Finest.

Hunter said, "And to see Ben [Affleck, who plays Batman] and Henry [Cavill, who plays Superman] together is quite formidable. They are massive hunks of masculinity."

Hunter's role in the film has not been officially announced yet, but rumors suggest a U.S. Senator, another government official, or even Dr. Leslie Thompkins, Batman's surrogate caretaker and mother figure.