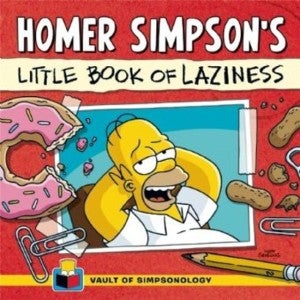 Insight Editions is releasing a new book called Homer Simpson's Little Book of Laziness. Homer Simpson’s Little Book of Laziness is the first title in the Vault of Simpsonology, which is a new twelve-book series that delves into the zany worldview of Simpsons favorites such as Bart, Lisa, and Mr. Burns. The Vault of Simpsonology books will provides an insider’s look at the everyday lives, best-kept secrets, and sage advice of The Simpsons characters.

According to Insight Editions, "Few men have reached the very pinnacle of apathy quite like Homer Simpson. His epic inertia is an example to us all. Now, for the first time, Homer reveals the secrets behind his extraordinary ability to get absolutely nothing done. From tips on how to avoid working at work to Homer’s suitably slapdash design for his “Lazy House of the Future,” this ode to the joys of sloth shows a true American idle at his lazy best."

Homer Simpson’s Little Book of Laziness is scheduled to be released on September 10, 2013. The hardcover book is 64 pages with a retail price of $24.99. 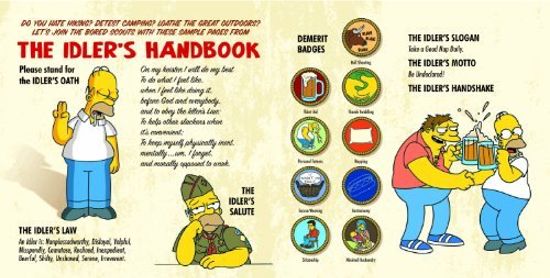