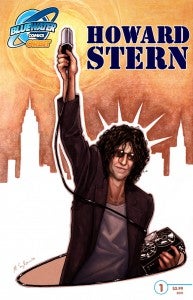 According to a press release from Bluewater Productions, Orbit: Howard Stern "lifts the veil on the man behind the microphone by examining his rise to fame, his assault on the status quo of broadcasting, his over-the-top, sometimes crude persona and his ground breaking move to satellite radio."