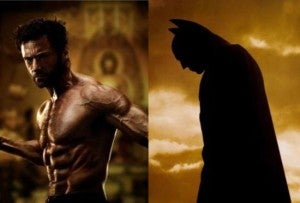 Count the Wolverine as being among the Ben Affleck as Batman supporters. Ever since Warner Bros. announced that Ben Affleck had been cast as Batman, reporters have been asking pretty much every one in Hollywood what they think of the casting.

Even though Hugh Jackman has never been tied to the Batman franchise, MTV sought his advice as an actor who has played a superhero for a longtime. In regards to Ben Affleck taking on Batman, Jackman said, “I think it’s great. Well, first of all, I think Ben is a great actor. I think he's been underrated for a long time. He's obviously a great director. He's a very smart guy. That guy doesn't make decisions that aren't well thought out, that aren't great.”

It’s a shame MTV didn’t ask Jackman about a potential crossover. Jackman has been rather outspoken about wanting to see crossovers between the Marvel characters that are owned by different studios, so why not a Marvel and DC crossover on the big screen? Could we dare one day hope for a Batman and Wolverine movie?