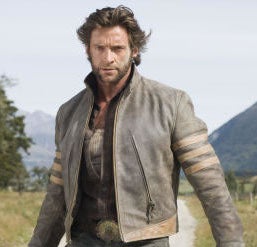 Hugh Jackman wants to keep a good thing going. With the success he's had with the "X-Men" movies, including last weekend's stellar opening of "X-Men Origins: Wolverine", the actor has decided to keep his feet planted firmly in the comic book genre. Only this time, he'll battle ghosts. Jackman has signed on to star in "Ghostopolis", based on the Doug TenNapel graphic novel. The project is already set up at Disney. Jackman will produce via his own company, Seed Productions. "Ghostopolis" centers on a man that works for a Supernatural Immigration Task Force. He captures ghosts that have strayed into the real world and sends them back to Ghostopolis. A problem occurs, however, when a boy is wrongly sent to Ghostopolis. The man must track down the boy and retrieve him.

Hugh Jackman to Take on 'Ghostopolis'