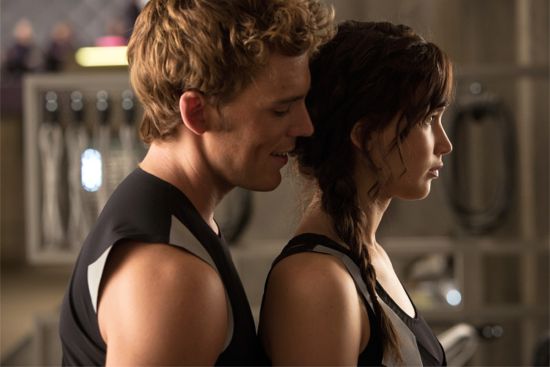 During a conference call with analysts this morning, Lionsgate CEO Jon Feltheimer made a rather surprising revelation concerning possible spin-off deals related to its popular Hunger Games movie franchise. Feltheimer said that Lionsgate had been approached about the possibility of Hunger Games theme parks in two separate territories.

Feltheimer also added that Lionsgate was actively pursuing those possibilities. Feltheimer didn't provide any more details about what the territories were or what the attractions would involve. It was unclear if these theme park would be standalone Hunger Games theme parks or part of a large theme park complex.

While the Hunger Games is a popular franchise with lots of licensing tie-in potential, the idea of a Hunger Games theme park is somewhat unusual since the movies center around fights to the death. However, the concept of non-lethal gladiator type competitions could prove to be an interesting twist for a theme park.

The Hunger Games: Catching Fire is scheduled to open in movie theaters on November 22, 2013.

Agents of SHIELD Fans Can't Get Enough of The Deke Squad

Chilling Adventures of Sabrina Star and Creator React to Cancellation