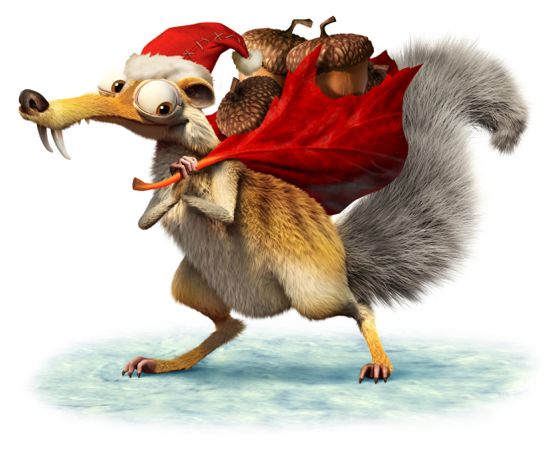 After the premiere of Dreamworks Dragons: Gift of the Night Fury, another animated special called Ice Age: A Mammoth Christmas is set to air on FOX.

According to the FOX description, “America’s favorite arctic herd is busy decorating for the holiday season. In his rush to help, Sid (John Leguizamo) destroys Manny’s (Ray Romano) favorite decorations. Manny gets so upset that he convinces Sid he is now on Santa’s naughty list. So Sid, Crash (Seann William Scott), Eddie (Josh Peck) and Peaches (Ciara Bravo) take off for the North Pole to plead their case to Santa (Billy Gardell). Meanwhile, Manny, Ellie (Queen Latifah) and Diego (Denis Leary), worry over Peaches’ safety and race to find her. Back at the North Pole, Sid and his crew accidentally destroy Santa’s Workshop on Christmas Eve, and it’s up to these newfound friends to orchestrate a Christmas miracle.”

Ice Age: A Mammoth Christmas is directed by Karen Disher and airs on Monday, December 17 from 8:30 to 9 PM ET on FOX.