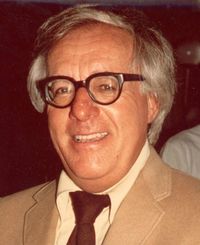 A man whose imprint on the world of science-fiction, literature, pop culture and so much more has died.  Ray Bradbury, author of works such as The Martian Chronicles, Fahrenheit 451 , and Something Wicked This Way Comes has passed away at the age of 91 in Los Angeles, California.  His works have been read for decades and his legacy has been the inspiration for many other writers, directors and lovers of science-fiction.   Born in 1920, Bradbury became an avid reader quickly in life, finding interest in the works of Edgar Allan Poe, H.G. Wells and Jules Verne.  Little did he perhaps know as a boy that one day his own works would fuel the imagination of others, just as these authors did for him.  He was an active and vital member of the science-fiction, fantasy and horror convention scenes, making regular appearances up until 2009. His best known works such as Fahrenheit 451 and The Illustrated Man persist because of their dynamic storytelling and the visions they paint for us.  Fans of Bradbury's will no doubt take comfort and solace in those tales of dystopian futures, outer space adventures and the humanity that underpins them all.  Many a student has read these books over the years, even today, and considered the consequences of a world without books, or man's journey through life, or any of the other memorable themes of Bradbury's work.  He will be missed. Photo courtesy of goodreads