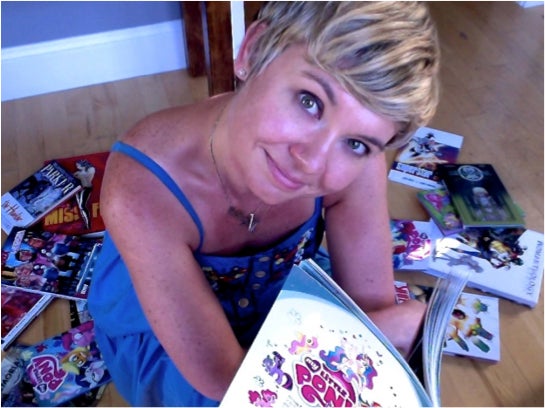 IDW Publishing announced today (via CBR, where she writes the "Allison Types" column) that they have hired Monkeybrain Comics co-publisher Allison Baker as their new Director of Operations.

Baker's primary role will reportedly be coordinating and expediting the operation of IDW Publishing's production schedule, working directly with the Editorial and Production departments, as well as the newly formed IDW Games division.

She will remain in place at Monkeybrain.

"It's business as usual, actually," Baker's husband and Monkeybrain co-publisher Chris Roberson told The Comics Reporter. I've taken over more of the day-to-day operations, since Allison will have her hands full with her new position at IDW, but otherwise things will continue on as they have. The company is still wholly owned by the two of us, and always will be."

"I've been impressed with Allison's skill set since we started working with her, publishing the Monkeybrain titles [in print]," said Ted Adams, IDW's CEO and Publisher. "When this position opened up, she was the first person I thought of, and I'm excited she was able to accept it. We're all looking forward to what she can bring to the table at IDW."

"I am beyond thrilled to be joining the IDW team," said Baker. "IDW publishes so many fantastic comics for so many different kinds of readers, and really strives to discover new ways to deliver them to audiences. A diverse comics field is a healthy one, and I'm delighted to be a part of that in any way I can."

ed. note: ComicBook.com (and this writer) collaborate with Monkeybrain for regular commentary track-style interviews in support of Amelia Cole with Adam P. Knave and D.J. Kirkbride and Edison Rex with Roberson and Dennis Culver. I find Allison to be one of the nicer, and smarter, people working in comics. It's well-deserved and IDW will be well-served by her working there.