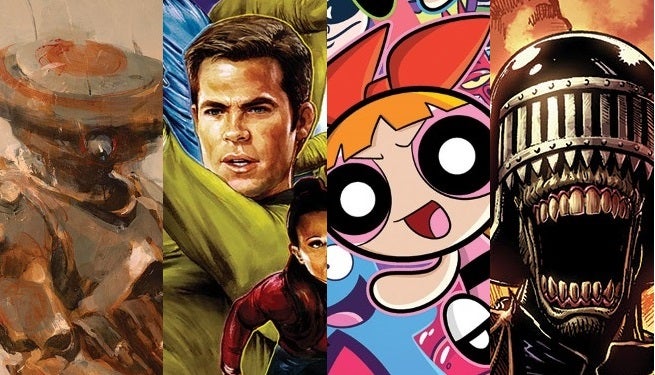 Today, IDW Publishing released their full solicitations for the month of January 2015. ComicBook.com has scan those solicits and put together a list of some of the most interesting books being released by the publisher this January.

IDW Publishing’s biggest release is Zombies vs. Robots #1, the first ongoing series in on of IDW’s signature properties.

In the realm of licensed comics, X-Files spinoff Millennium gets a new comic book series, the crew of the Star Trek reboot films begins a five-year mission, the cult comedy Galaxy Quest comes to comics with a  new miniseries, the Powerpuff Girls gets their own team-up book, and the G.I. Joe Ninja Snake Eyes gets a solo miniseries.

IDW Publishing is also reprinting some classic comics, launching their Judge Dredd Classics series, beginning with stories featuring the Dark Judges, and a new artist edition of some of the best, classic science fiction comics ever published during the EC Comics era. 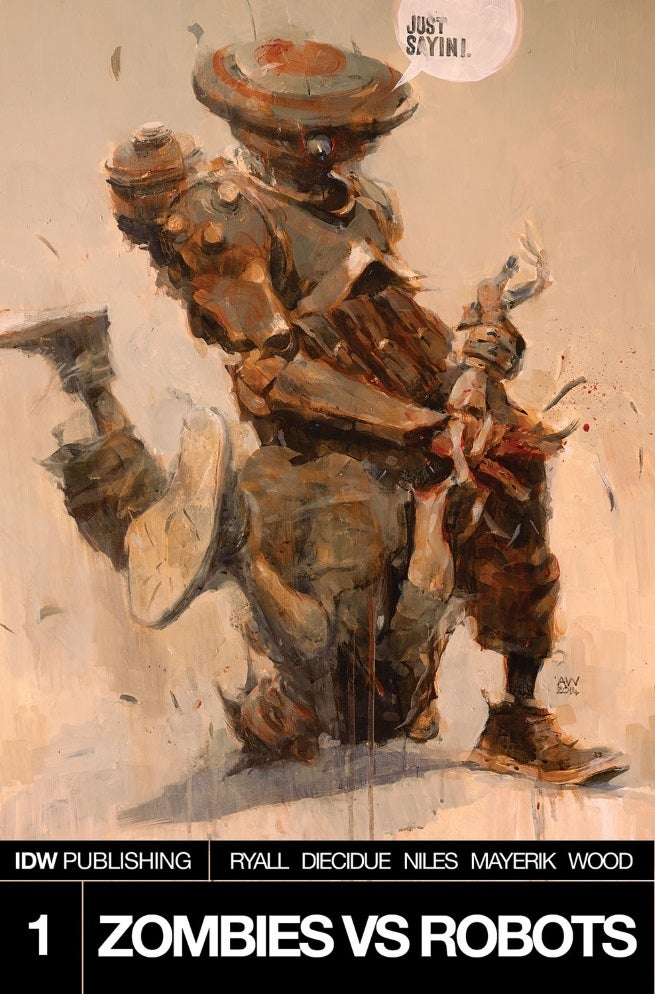 Zombies vs Robots #1—GEM OF THE MONTH

The first-ever ONGOING Zombies vs Robots series, bringing you… new robots! A renewed zombie threat! New human survivors! And an all-new world ready for the taking from one or more of these factions... Part 1 of “Inherit the Earth!” and “The Orphan” start here! 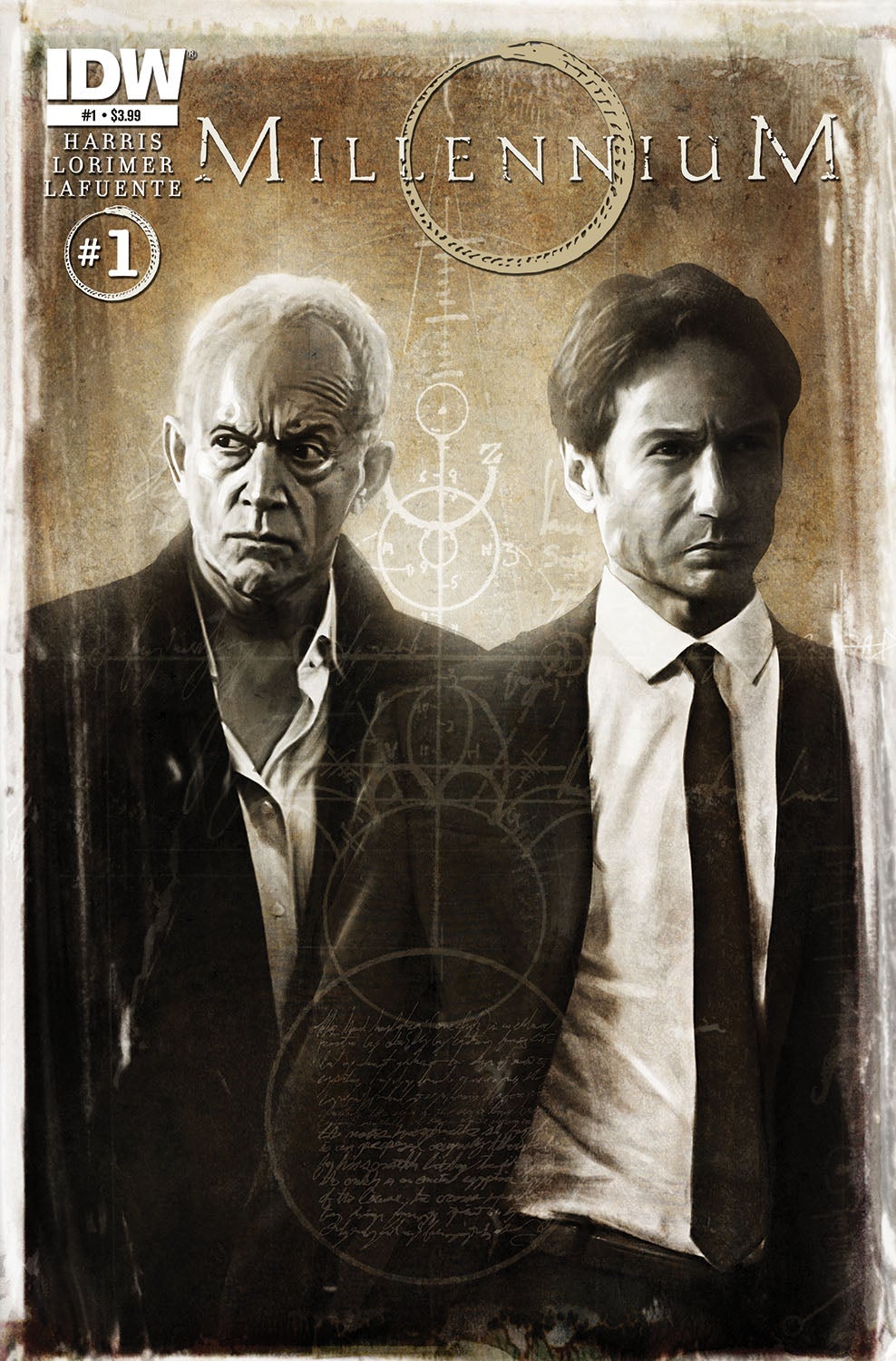 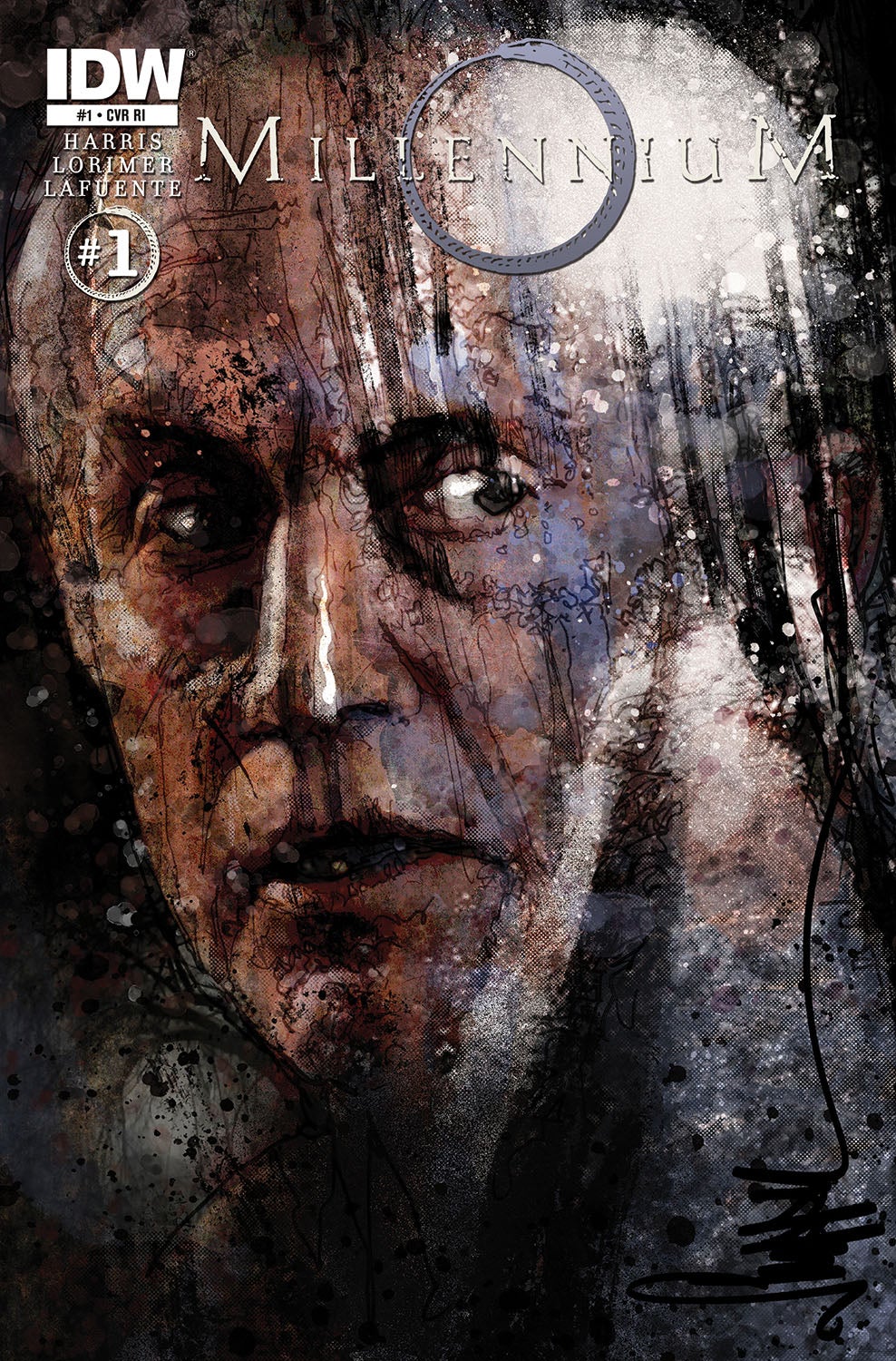 Fifteen years ago, the end of the world—the anticipated “Millennium Event”—was avoided thanks to the efforts of Frank Black and FBI agents Fox Mulder and Dana Scully. Or was it? Frank’s psychic gifts have been showing him that evil has continued to grow unabated in the world, and he’s trying his best to ignore it. But soon the resurgence of the Millennium Group and their quest to find Frank’s daughter Jordan will pull him into the fray once again, whether he likes it or not! 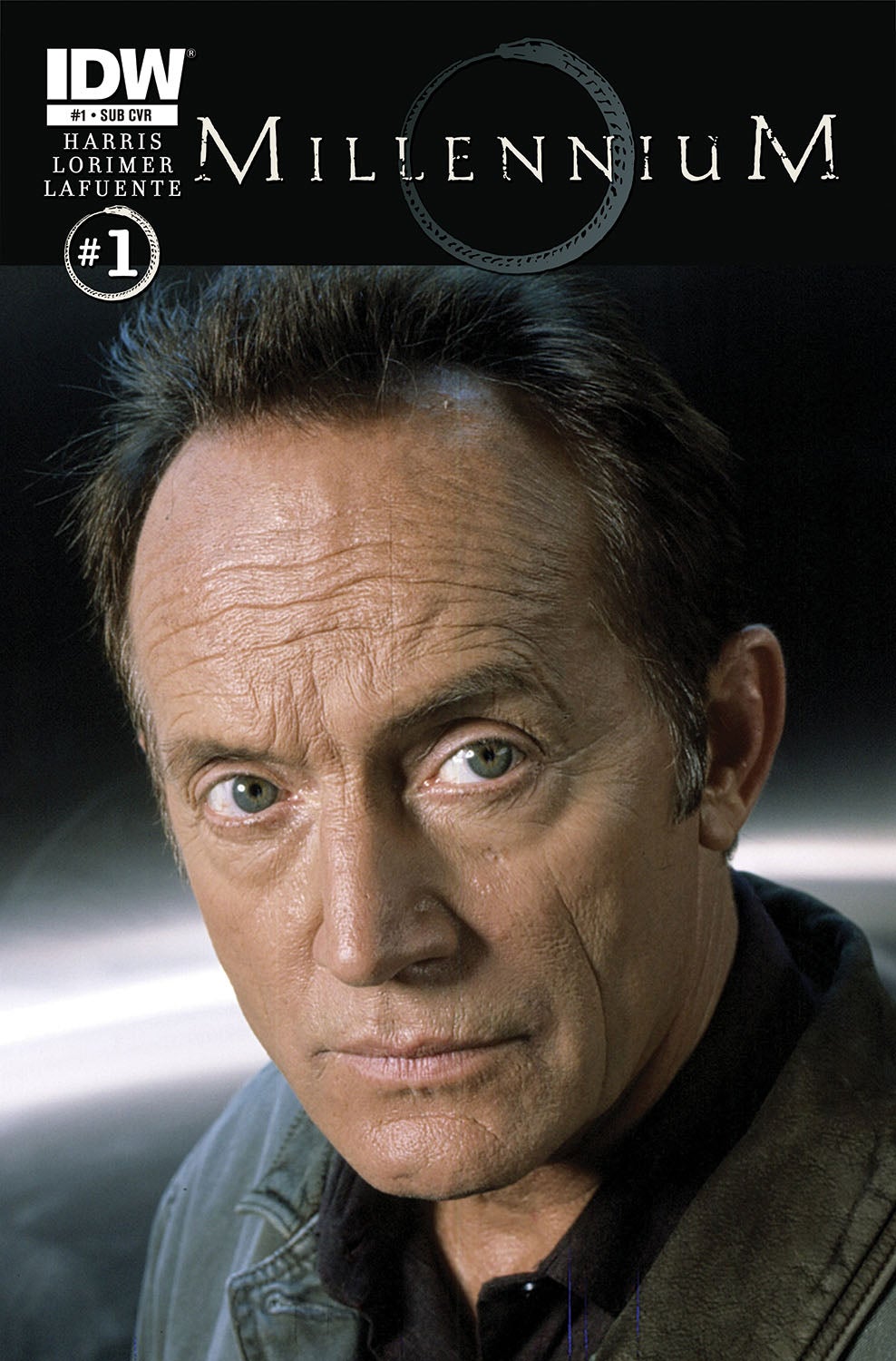 Ask your retailer about the variant cover by Paul Shipper (Star Trek, 24: Underground)! 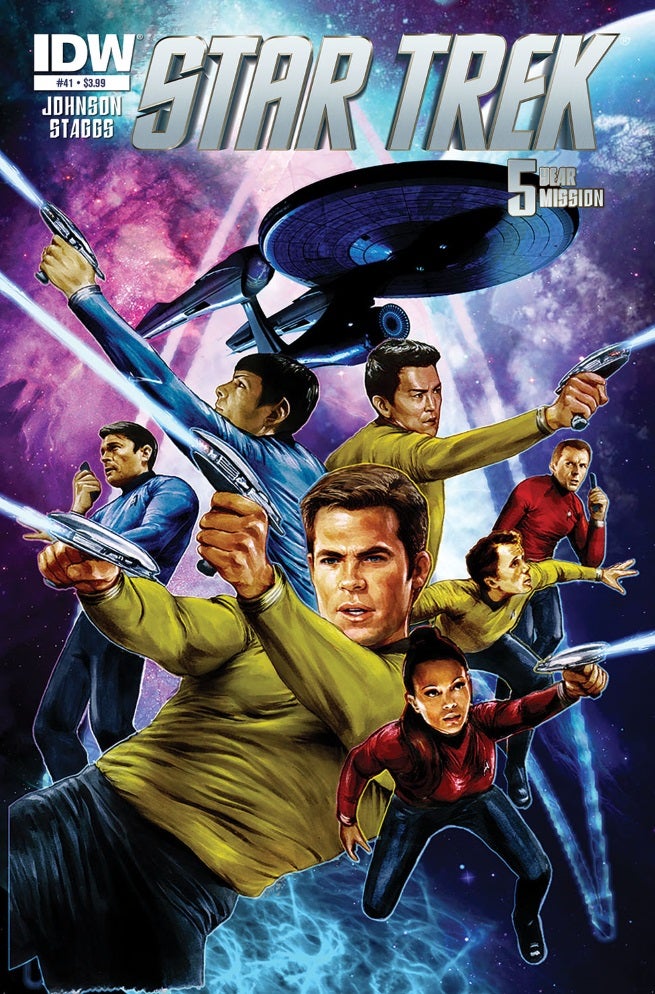 "Behemoth,” part 1 of 2: In the wake of their century-spanning encounter with Q, the crew of the U.S.S Enterprise leaves explored space behind to embark on a new five-year mission of discovery! Beyond the reach of Starfleet communications, they can only rely on each other when faced with their first encounter in uncharted territory—and it might be their last! Don't miss this perfect jumping-on point for new readers, produced in association with STAR TREK writer-producer Roberto Orci! 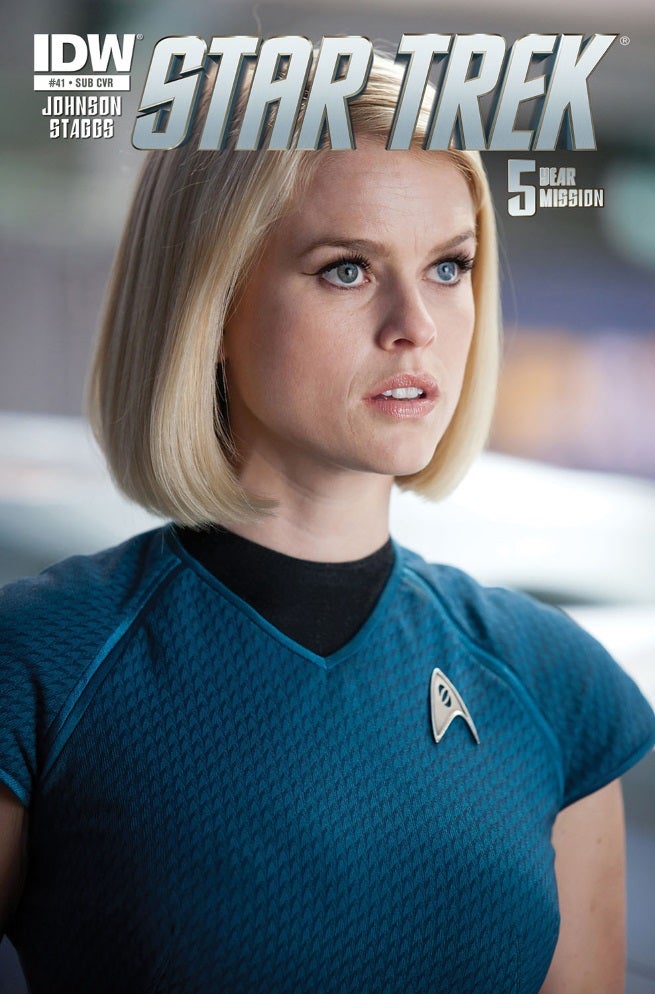 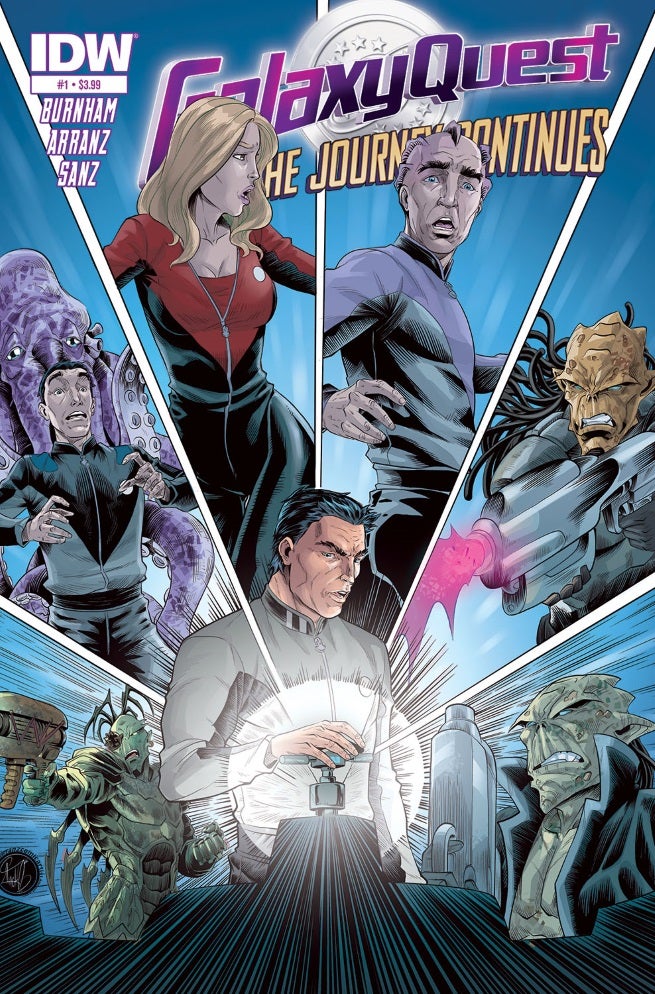 Galaxy Quest: The Journey Continues #1 (of 4)

Once upon a time, a troupe of has-been actors that starred on an old sci-fi show were enlisted by an alien race to save them from an intergalactic tyrant. Despite being way out of their depth, the cast somehow managed to save the aliens and stay alive... but their actions in outer space may have had dire consequences for another world. Join us this January as the cast of GALAXY QUEST returns for another bombastic journey into space! 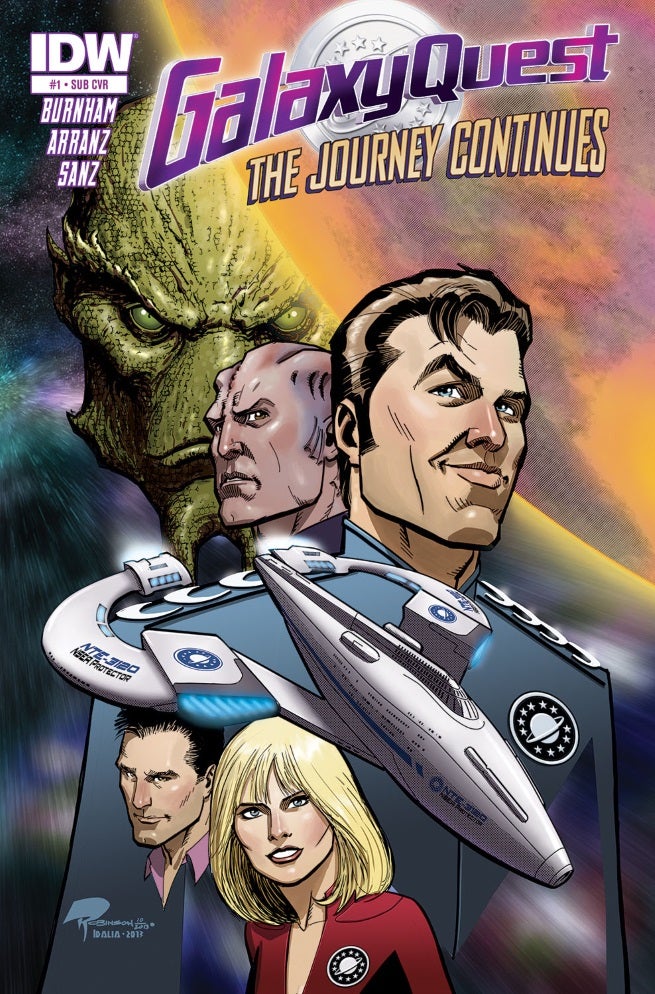 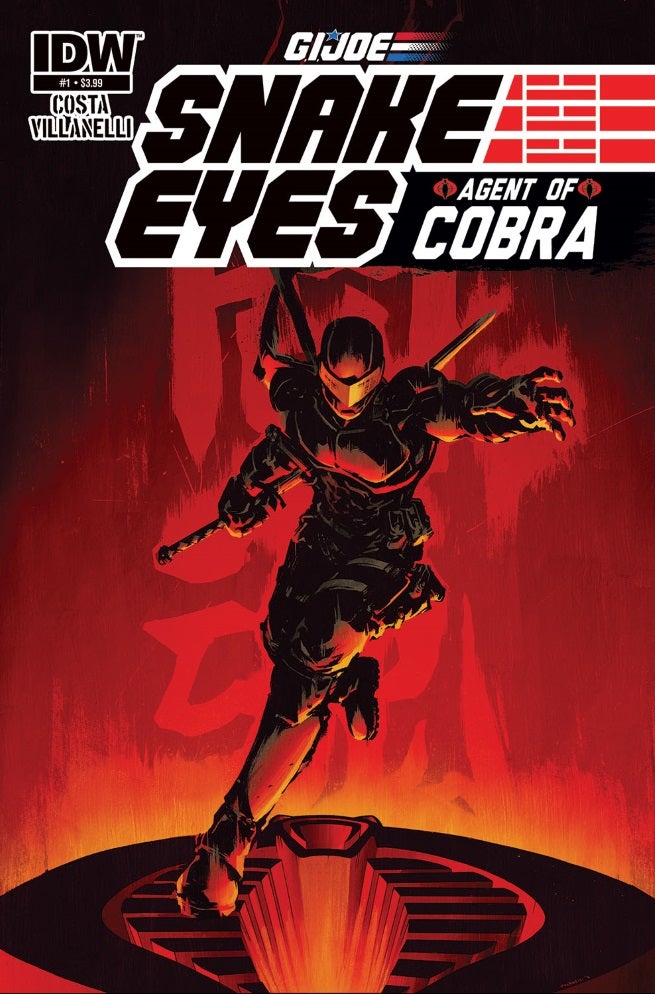 DESTRO, one of COBRA’s top operatives, has been captured. As the metal masked maverick gets transferred to a new prison, a prison break is instigated by none other than… SNAKE EYES!  With DESTRO free and SNAKE EYES under COBRA’s control, a mission that will rock the world of G.I. JOE begins! 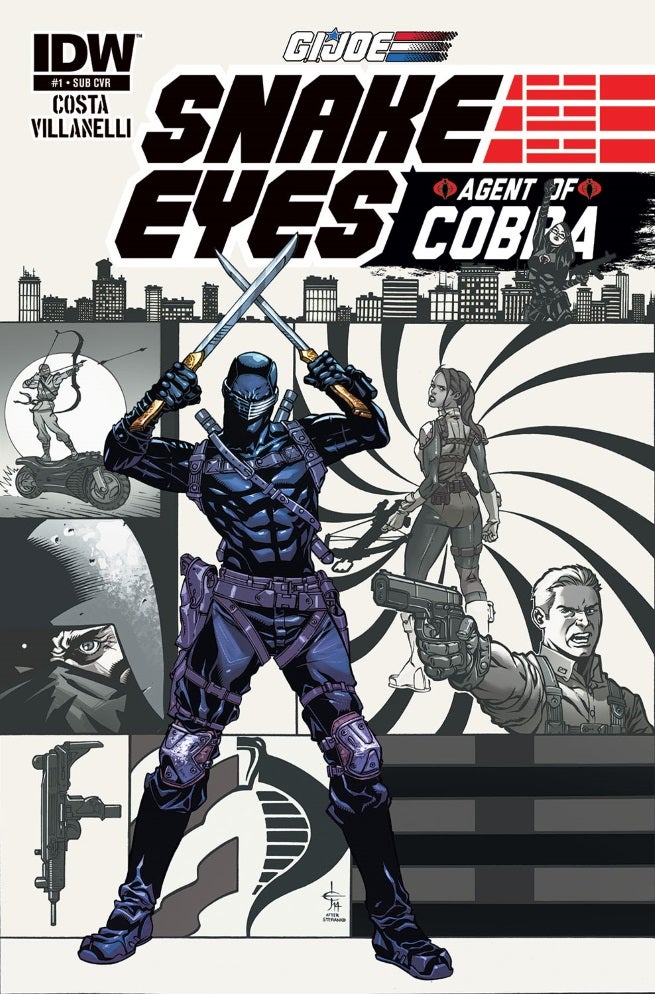 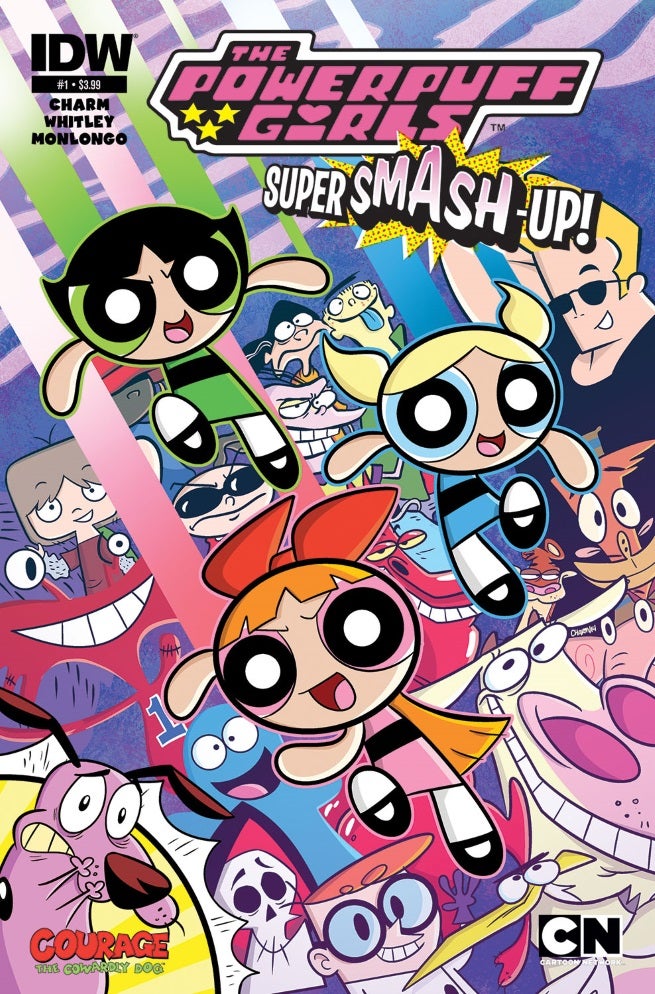 Just when you thought you’d seen it all, Cartoon Network Crossover Craziness continues! After their victory in the Super Secret Crisis War, the Powerpuff Girls take it easy with a rare VIP tour of Dexter’s Laboratory! But when tag-along Dee Dee accidentally activates Dexter’s newest invention, the fate of the entire multiverse is suddenly at stake! Plus: a bonus Courage the Cowardly Dog story by the Glyph- and Eisner-nominated Princeless’s Jeremy Whitley! 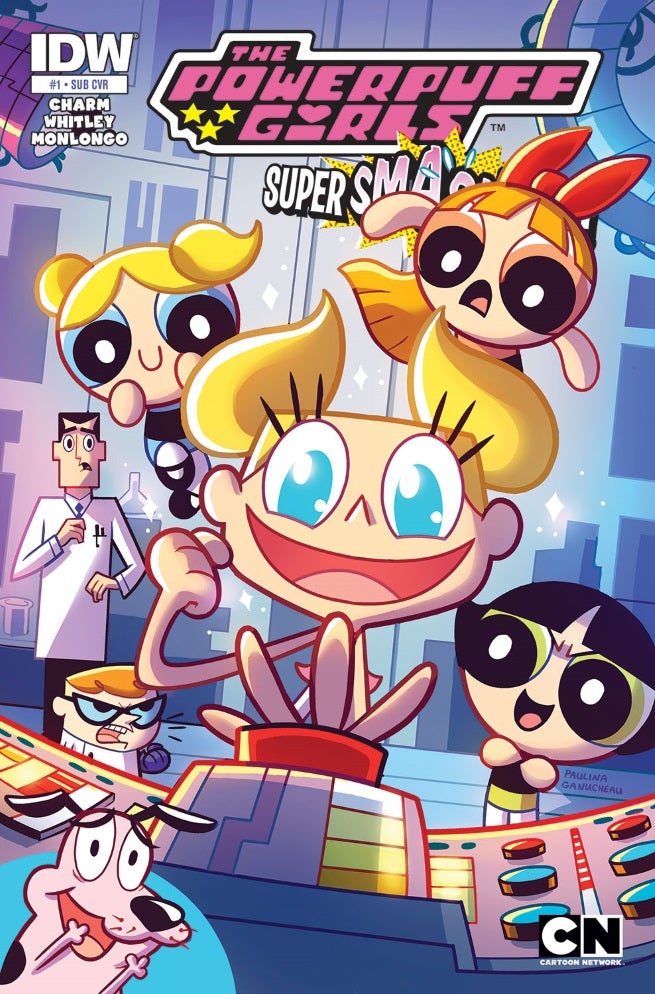 Each issue will feature a stand-alone B story featuring Cartoon Network’s most beloved characters! 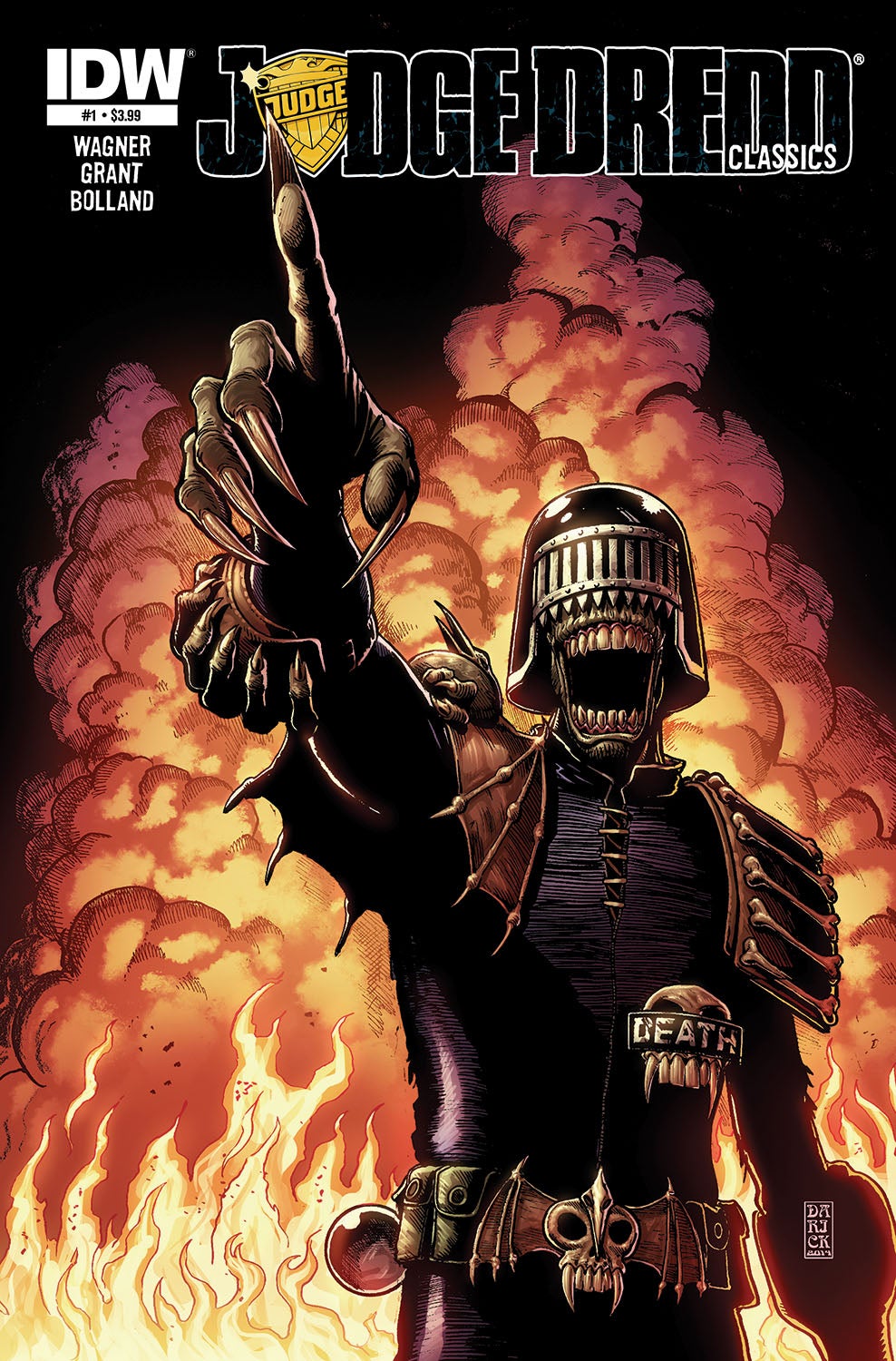 His name is Judge Death and in his eyes all life is crime! Together with his brothers Fear, Fire, and Mortis, the super-fiend from Deadworld is determined to end all life in Mega-City One once and for all! This compilation features classic Judge Death tales from the pages of 2000 AD, including his stunning debut story by co-creators John Wagner and Brian Bolland. 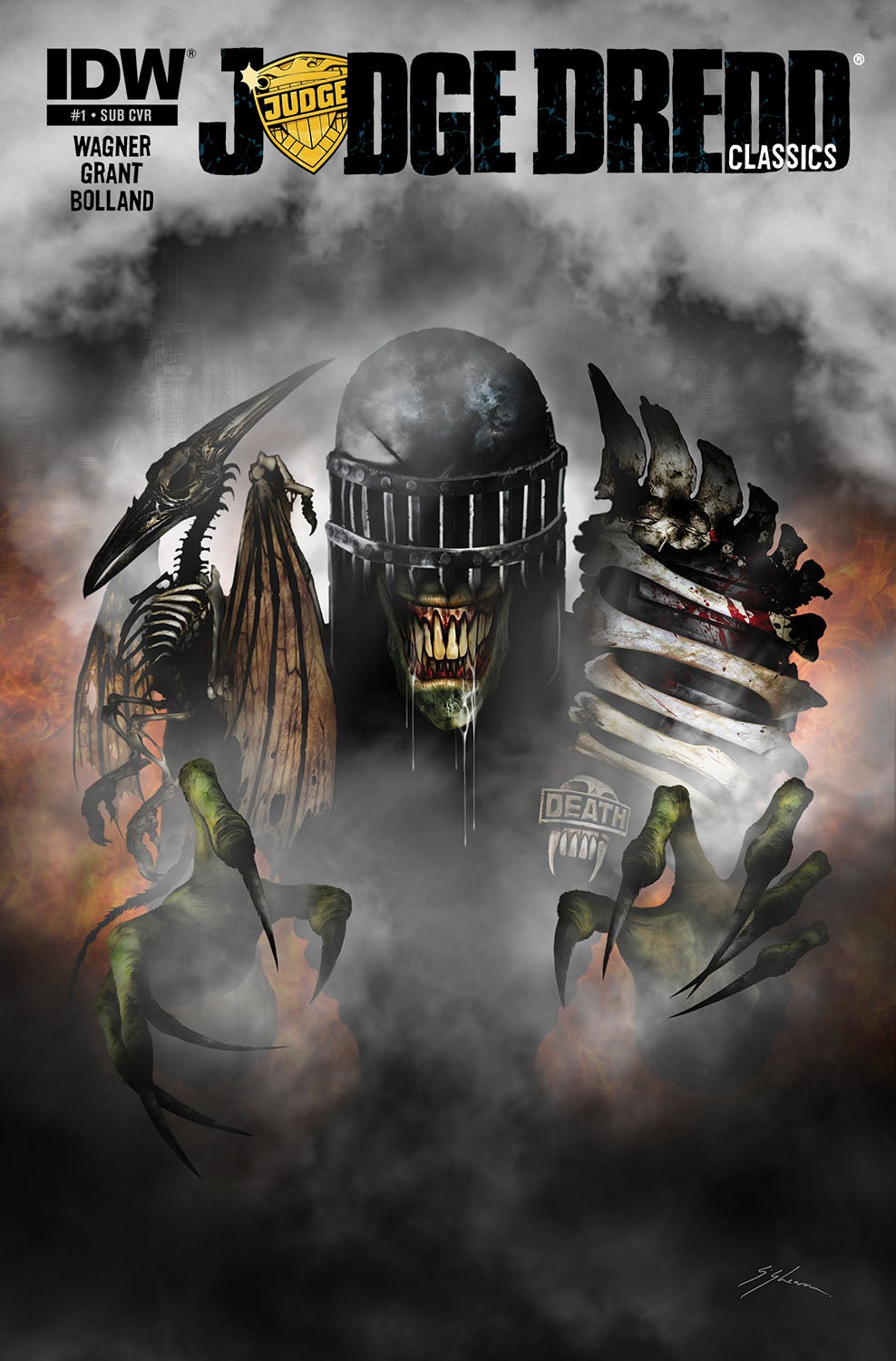 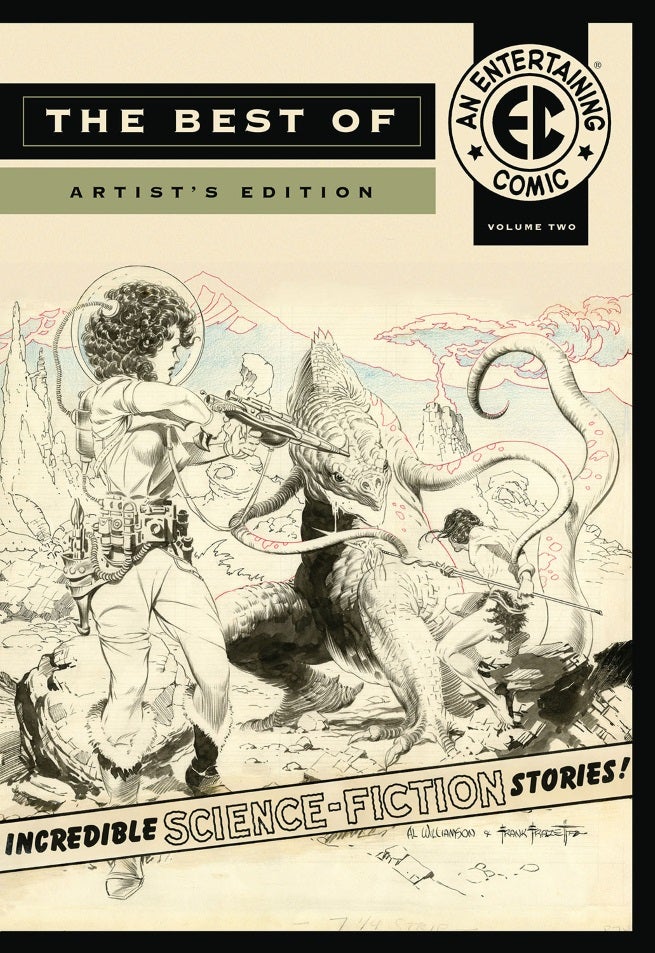 The second volume of Best of EC Artist’s Edition is—remarkably—just as good as volume one! Includes what can arguably called the best stories by Harvey Kurtzman (Airburst), Al Williamson (Food for Thought, Lost in Space), Bernie Krigstein (Master Race, In the Bag) and more! As with all EC Comics Artist’s Editions, this book will be a massive 15 x 22 inches! The best stories and art from the best comics imprint of all time! Plus a fantastic selection of covers!