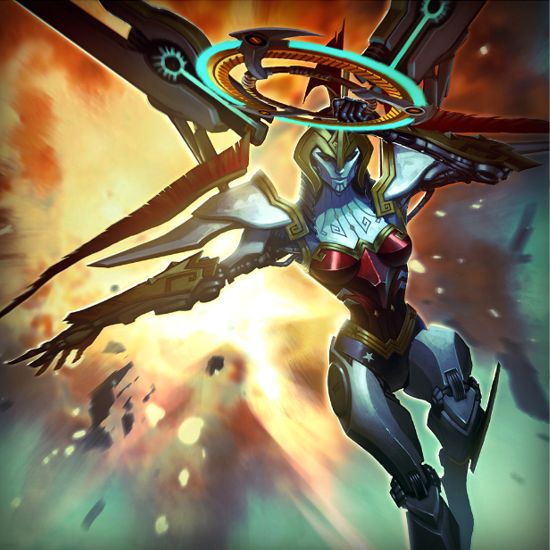 Warner Bros. Interactive Entertainment and DC Entertainment have just released the Champion Profile video for Mecha Wonder Woman, who has been added to the Infinite Crisis roster.

Mecha Wonder Woman began life as D1A-NA, a diplomatic robot in service to Queen Hippolyta, ruler of the Amazon women of the island nation of Themyscira.

Called the "Wonder Woman" by mass media, Hippolyta made it her life's work to forge a more peaceful world. D1A-NA was ever-present as the queen traveled the world and in time developed a personality that reflected the idealistic woman's feelings on justice and equality.  Sadly, while accompanying Hippolyta on an errand of mercy, D1A-NA witnessed the horrific assassination of her queen at the hands of Doom Legion assassin bots. At that moment, she was transformed. An iron resolve developed within her, and she vowed to both avenge the queen’s death and continue her quest.

With aid of the Justice Consortium D1A-NA remade herself, far exceeding her creator’s original design. With these upgrades and knowledge of the Amazonian Warriors stored within her memory banks, she has taken on the mantle of "Wonder Woman" to shine the light of truth on a corrupt, violent world.

Fans can sign-up for the closed beta to be among the first to test their skills in the Infinite Crisis battle arena.