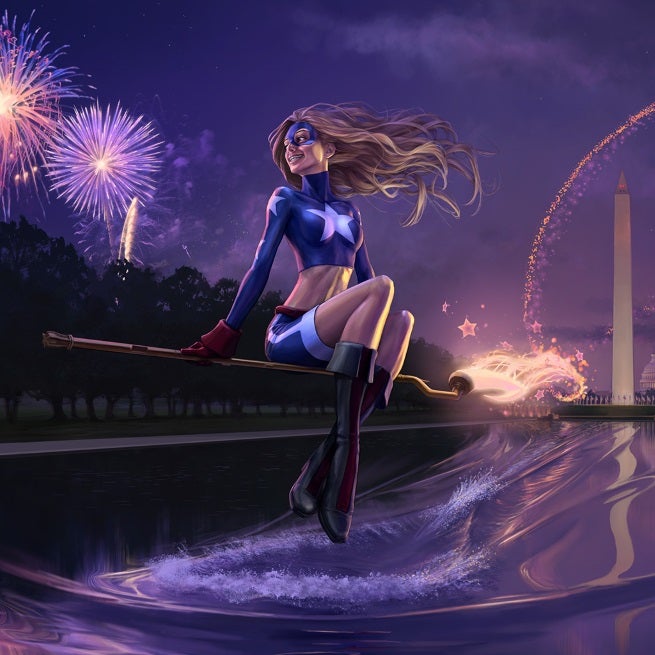 Stargirl will be joining the ranks of playable champions available in the DC Entertainment free-to-play MOBA, Infinite Crisis, this October.

Courtney Whitmore, is the stepdaughter of Pat Dugan, formerly known as the Star-Spangled Kid. The two don’t get along at first, but when Courtney discovers Pat’s old costume and the thrill of superhero adventure, the two becomes partners and Courtney takes the name Stargirl.

Check out Stargirl in action in Infinite Crisis in the video below:

You can see more shots of Stargirl in Infinite Crisis in the image gallery below.

Stargirl will debut in-game on October 15.