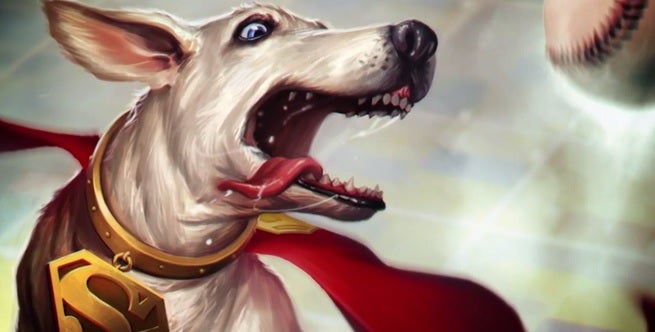 In time for Infinite Crisis to come to Steam on March 26, the game will add Krypto to its roster.

While the dog looks very much like he did in older comics, the origin story sounds a bit more like that of the New 52 Krypto that has a more wolf-like appearance, and the words "ferocity" are thrown around a bit...so expect that he won't be all that tame a character in the game.

You can out the Krypto announcement trailer below, along with some commentary from the game developers.

Do you want to guard your allies with unmatched ferocity? Sign up and play Infinite Crisis for free today at https://www.infinitecrisis.com!

Be the top dog of Coast City's bottom lane as Krypto, the Superdog! Krypto joins the Infinite Crisis roster on March 26th, the same day as our Steam launch!