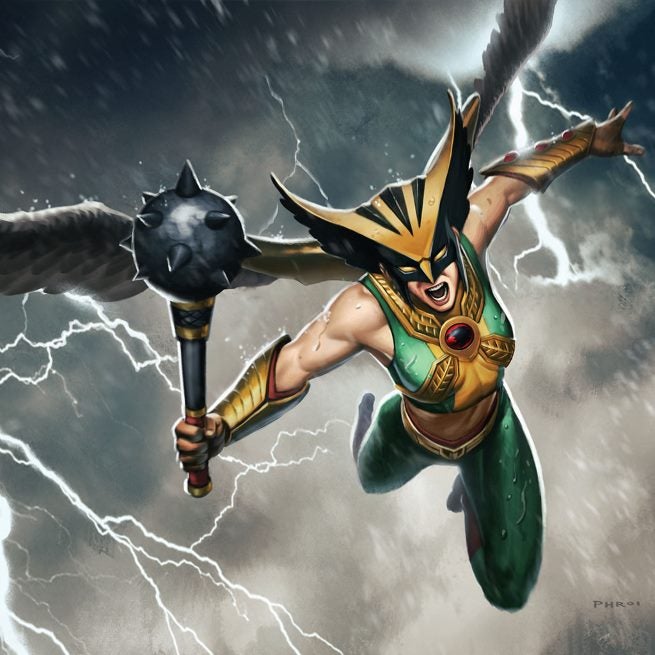 Turbine has announced Hawkgirl will join the roster of champion in Infinite Crisis, the free-to-play DC Comics MOBA.

Kendra Saunders is the police offer who was told of her tragic, romantic past life by Hawkman, inspiring her to pick up the relics of her past life as the superhero Hawkgirl.

In Infinite Crisis, Hawkgirl is an aggressive attacker, capable of throwing opponents into disruption and disarray.

Check out the champion profile video below, as well as new screenshots in the gallery on the bottom of the page. Hawkgirl comes to Infinite Crisis on January 21.

While growing up, Kendra Saunders' father was murdered by a corrupt police officer.  She became a police officer herself in an attempt to help people from inside the system but soon felt that she was being held back by the rules and regulations of the job.

While on yet another disciplinary suspension for breaking the rules, she encountered Hawkman. The hero told her that she was a reincarnated Egyptian princess and that the two had been both heroes and lovers in their previous lives. She thought him insane and asked to be left alone. Surprised that she did not remember him, he agreed to leave, but insisted she accept a mace and flight harness, artifacts of her past life. She took the items just to be rid of him.

However, as time passed, she came to the realization that a hero could do things a police officer never could. They could work beyond the rules and do more to help people. She decided to put the equipment Hawkman had left to good use and became the heroine known as "Hawkgirl."