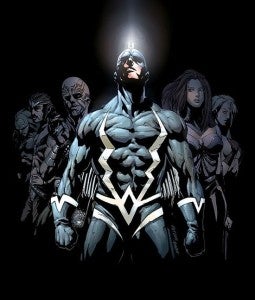 What movies will be part of Marvel Studios Phase 3? Well, Doctor Strange and Black Panther are two names that come up repeatedly. In fact, we’ve confirmed with multiple reliable sources that a Doctor Strange movie is definitely in the works.

Of course, Guardians of the Galaxy and Ant-Man have already been officially announced. And earlier this year, Stan Lee confirmed Doctor Strange and Black Panther were two movies that he knew were in the works. Stan Lee’s inclusion of the Inhumans is his most interesting revelation.

The fact that Marvel Comics is launching a new Inhumans series could also be a strong hint that a Inhumans movie is in the works.