At the 'Iron Man 2' panel at Comic-Con, Director Jon Favreau showed five minutes of the upcoming film. If the footage is any indication of the entire film, the sequel could prove to be better than the original. While there was a no camera policy during the showing, various cell phone pics have been popping up on the internet. Favreau has geniously marketed this film, so we're guessing that he knows the more pics that hit the public, the better. Keep 'em coming back--isn't that what they say? 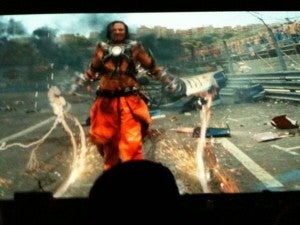 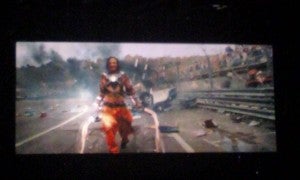 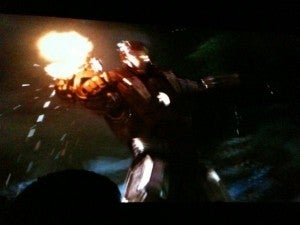