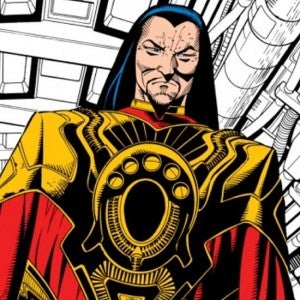 has been actively casting extras in and around the Wilmington, North Carolina area. The extra casting calls have revealed lots of information, which could hint at possible script details. Before it was officially announced that Iron Man 3 would be doing some filming in China, it was revealed that Iron Man 3 was seeking extras of Chinese and Asian descent.

More recent Iron Man 3 casting calls have called out for extras of all ethnic backgrounds. In particular, there has been an expressed need for twins, members of the military, and upscale business types. Nothing about these casting requests are surprising, as twins are often sought in movie productions. Also, upscale business types and military men and women have been part of previous Iron Man movies, so it’s no surprise that casting need would continue.

However, there is one very specific casting notice. According to the Caged Casting Facebook page (Caged is the new working title for Iron Man 3), the movie is “seeking a Caucasian Male, Bald, 5'9 , size 40R jacket, approx. 160 -170 pounds. Prefer 35 -55 years of age.” To apply for the role, applicants are asked to email cagedheatextras@gmail.com with the heading “Photo Double.” Given that it’s been widely reported though not officially announced that Ben Kingsley will be part of Iron Man 3, this casting notice certainly seems to describe the part of a photo double for the actor. On IMDB, Ben Kingsley’s height is listed at 5’8, and while that actor is actually 68 years old, he certainly looks much younger than his age. It’s also been widely rumored that Ben Kingsley will be playing the Iron Man villain Mandarin.