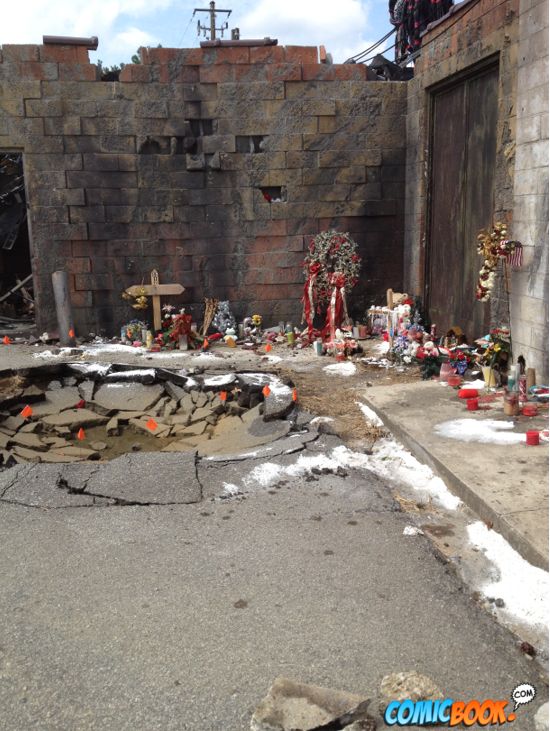 Earlier today we brought you some exclusive photos from the set of Iron Man 3 in Rose Hill, North Carolina. The photos showed close-ups of a destroyed building, a crater in the pavement, and some type of memorial shrine. Now, that you’ve had a chance to look at those photos, we’ve got some analysis of what they seem to reveal. We’ve also included a couple more bonus photos from the set. Keep checking back to Comicbook.com as the best is yet to come. Here are five spoilers from our Iron Man 3 set photos. 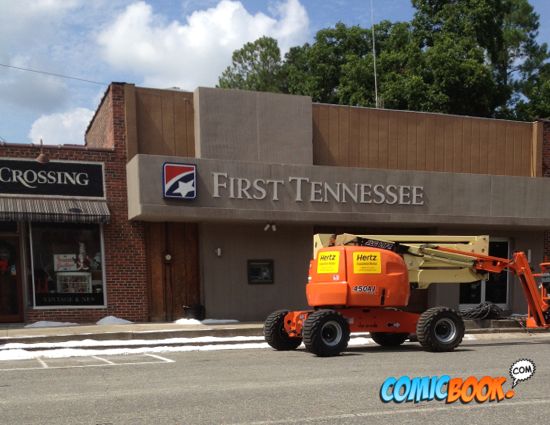 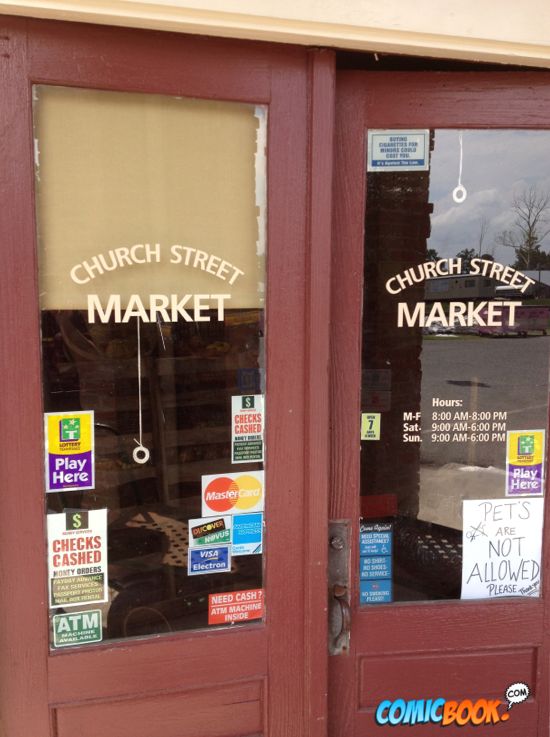 4. Mike Is Apparently Dead – We’re not quite sure who Mike is, but he is apparently in the military and met an untimely end. In a section of the set that is set up like a shrine, there are numerous Christmas decorations as well as signs. One of the signs shows a picture of a soldier in camouflage with the message, “You are always in our thoughts.” Even more revealing is another sign on the same wall with the message, “We love you Mike!” Is the soldier in the picture Mike? 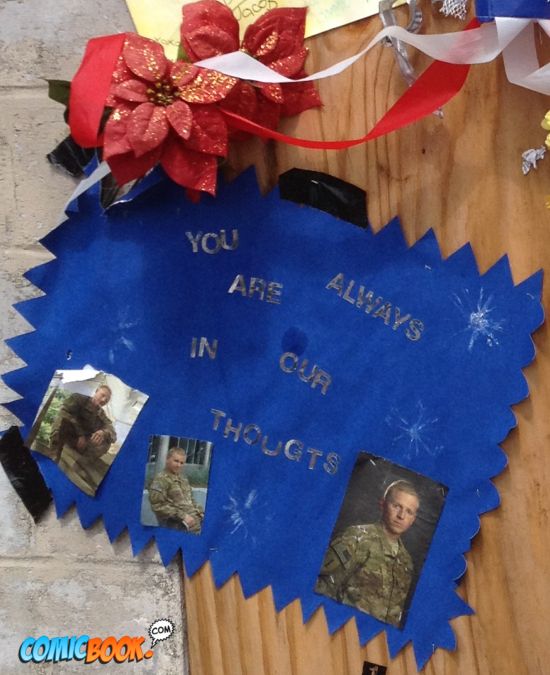 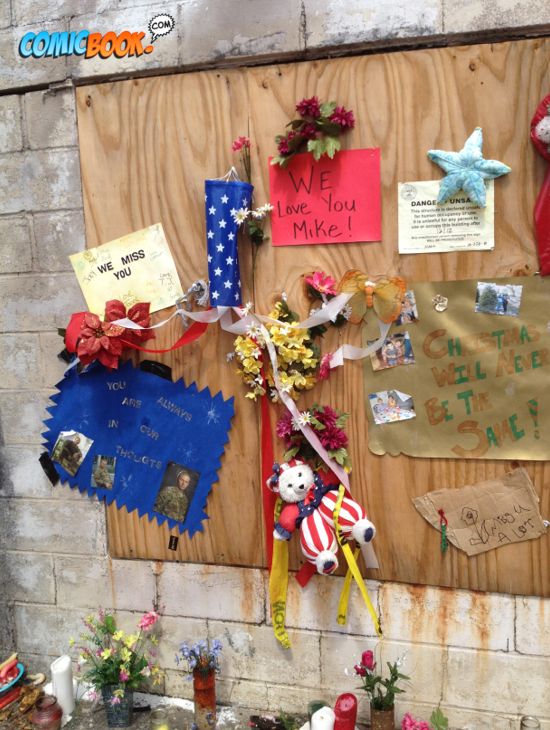 3. It’s Going To Be A Blue Christmas – While we knew Iron Man 3 was going to be set around Christmas time from decorations we had seen at previous filming sites, we now know that it doesn’t look like it’s going to be a very merry Christmas. In addition to the signs remembering Mike, there is also a sign with the message, “Christmas will never be the same.” This sign shows various family pictures. Does this indicate that whatever tragedy happened resulted in multiple deaths? Or are the family photos possible showing Mike when he was a boy? 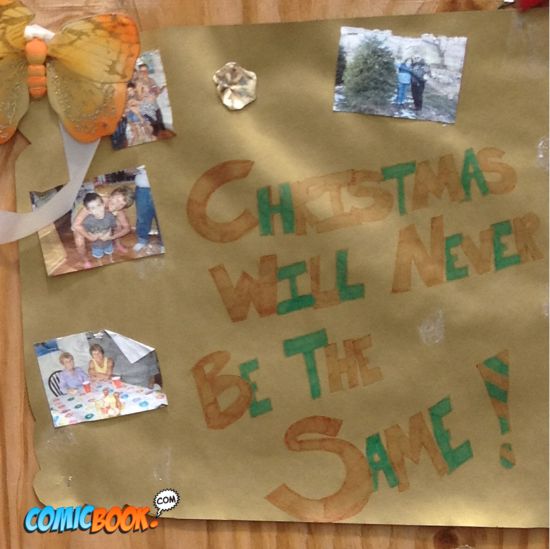 2. They Sell Ham By The Gallon In The Marvel Film Universe – In one of the store windows on the set, there are various signs for holiday related food and drink. In particular one of the signs caught our attention, because it offers spiral cut glazed ham for $21.95 per gallon. While most of the prices seem pretty reasonable, the mixed holiday cookies for $41.95 for a box of 12 seem kind of pricey in comparison. Also, considering what happened to Shawarma sales after The Avengers, it might be a good idea to start stocking up on cherry fruit cake now. 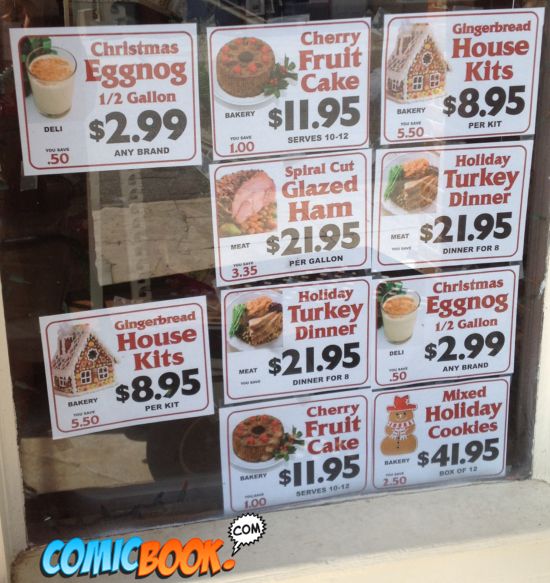 1. Remember December 12 – This is perhaps the biggest spoiler from the set photos. Something tragic appears to have happened on 12/12. The cross next to the impact crater bears the numbers 12/12. There is also a sign posted on the wall of the destroyed building which reads, “Danger Unsafe: This structure is declared unsafe for human occupancy or use. It is unlawful for any person to use or occupy this building after 12/12. Any unauthorized person removing this sign will be prosecuted.” Could 12/12 turn out to be a symbolic number for the tragedy? Will people be crying out “Remember 12/12”? 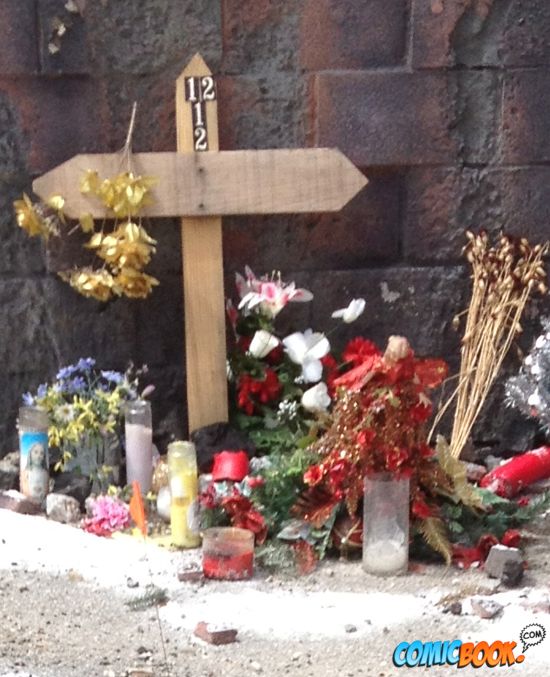 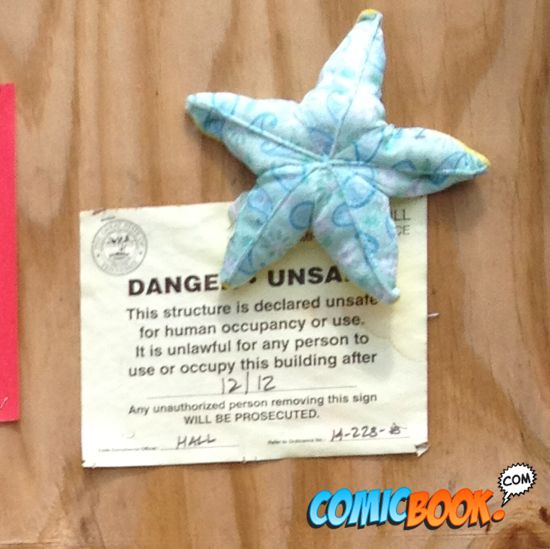