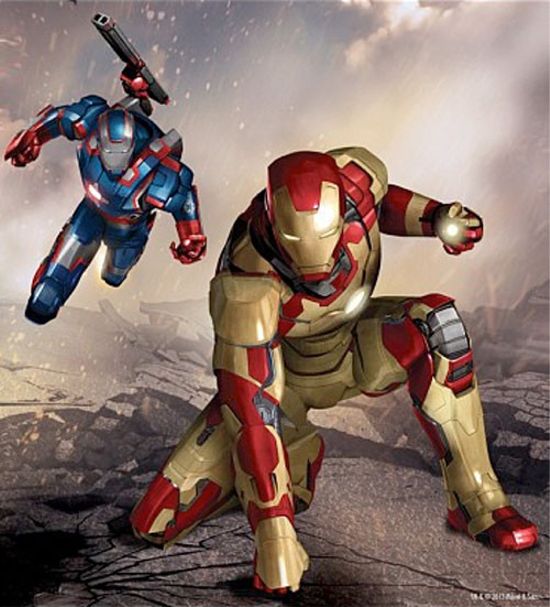 Some new Iron Man 3 promo art is making the rounds online, which shows Iron Man’s new armor and Iron Patriot. Ever since photos of what looked to be Iron Patriot armor surfaced after the first day of out of studio shooting for Iron Man 3 in Wilmington, North Carolina, there has been much speculation over if Iron Patriot would appear in Iron Man 3.

Some speculated that what looked to be Iron Patriot armor could really either be Detriot Steel or War Machine painted red, white, and blue. However, a source told Comicbook.com that the Iron Patriot really is in Iron Man 3, and this information is supported by recent Iron Patriot trademarks filed by Marvel.

Update: While the art has been circulating on tumblr with no source as to where it originated, Comicbookmovie.com has posted they are the original source. There has also been some speculation that it might be fan art as opposed to promo art.