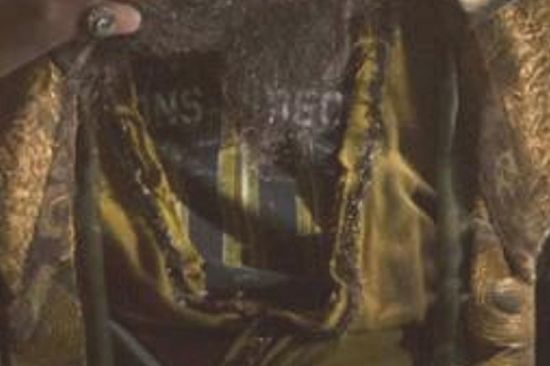 However, a front view photo of The Mandarin revealed that the movie version will indeed rely on guns as weapons. The Mandarin has a pistol stuck in his belt and an AK-47 at his side. Even more interesting, The Mandarin is also wearing a surprising t-shirt which is barely visible beneath his robes. 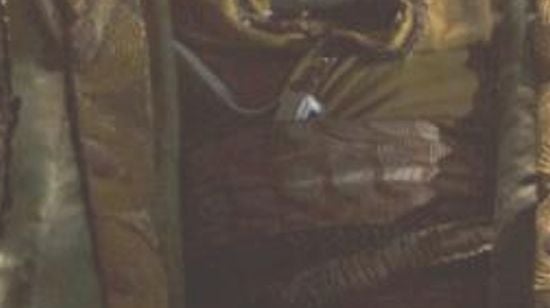 Entertainment Weekly was able to make out that the t-shirt contained images of different sizes of ammunition, but they were unable to identify the exact t-shirt. EW approached Marvel Studios President of Production Kevin Feige about what the t-shirt meanst but even he declined to clarify. However, the exact t-shirt design has been floating around on message boards for a couple weeks.

The Mandarin’s t-shirt is a Decisions, Decisions 7.62 Design t-shirt. Above various rounds of ammunition are the words “Decisions, Decisions.” Below the ammunition are the words “One thing’s certain…Make ‘em count! Point of aim. Point of impact.” The company that makes the t-shirt describes it as being for patriots and men of arms. So why would The Mandarin be wearing a t-shirt designed for patriots?

Of course, the t-shirt isn’t The Mandarin’s only patriotic link. As pointed out previously by Comicbook.com, The Mandarin is sporting a tattoo of Captain America’s shield on the back of his neck. Except The Mandarin’s version of the shield appears to have an “A” for anarchy in the center rather than a star. 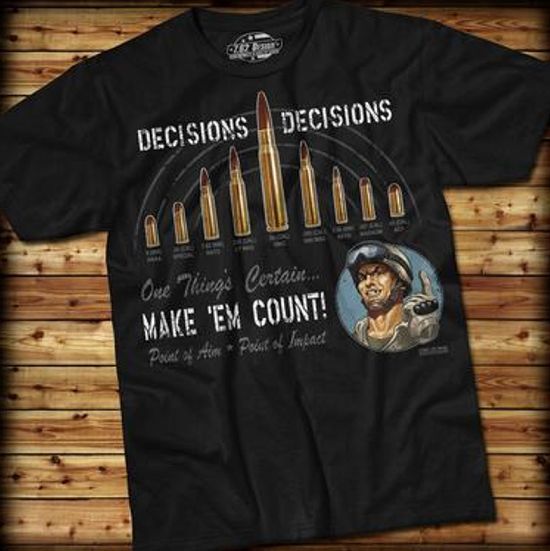 It’s long been hinted that The Mandarin will not be Chinese in Iron Man 3, but possible either Middle Eastern or a mixture of cultures. Could the Mandarin even maybe be an ex-patriot from the United States?

Iron Man 3: The Mandarin’s T-Shirt Reveals His Fondness For Guns