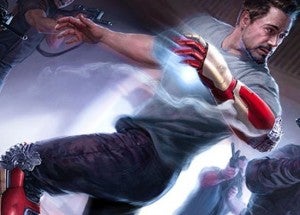 Earlier this year, the American Federation of Musicians picketed Iron Man 3 to protest the practice by Marvel Studios of offshoring the musical scores of their films. Even though the American Federation of Musicians pointed out that The Avengers was scored in Europe, it was unclear at the time who the composer would be for Iron Man 3 and where it would be scored.

Now, according to both BrianTyler.com and Film Music Reporter, Brian Tyler has signed on to score Iron Man 3. Brian Tyler is an American composer, who is known for scoring such films as Fast & Furious, Battle: Los Angeles, and The Expendables 2.

Iron Man 3 is currently filming in the Miami, Florida area, but the cast and crew will return to film more scenes in Wilmington, North Carolina later this month. The first Iron Man 3 trailer is set to be officially released on October 23, 2012. Iron Man 3 is set to be released in theaters on May 3, 2013.

Iron Man 3 To Be Scored By Brian Tyler