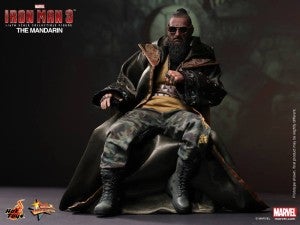 Sir Ben Kingsley's surprising performance as The Mandarin in Iron Man 3 may have been the most controversial--and for some, disappointing--part of the film, but in the run-up to the movie's release he was also THE thing that people were most excited about.

Kingsley's look has now been captured down to (almost) every detail in a new action figure from Hot Toys, images of which were released last night to the company's Facebook page.

We say "almost" every detail because one minor one was left out: The Mandarin's memorable "Decisions, Decisions" t-shirt, which as a practical product and not something Marvel invented was likely something that they just couldn't or didn't get the rights to reproduce.

After all, Marvel knows a little something about what happens when you go ahead and do that kind of thing without permission...! 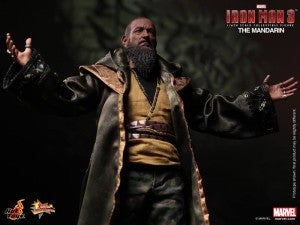 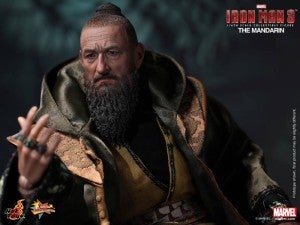 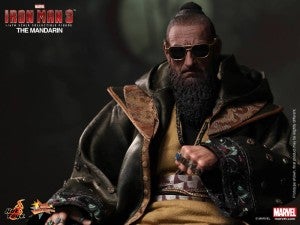