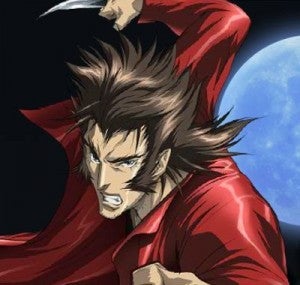 While summer TV is often regulated to reruns and reality TV shows, G4 is about to make things a whole lot more interesting. G4 is teaming up with Marvel to launch both a Iron Man anime series and a Wolverine anime series. The two original Marvel anime series will premiere on Friday, July 29 at 11 PM ET. The series will consist of twelve half-hour weekly episodes with interconnecting storylines. There will also be cameo appearances by several popular Marvel characters. Heroes Stars Adrian Pasdar and Milo Ventimiglia will both have voice roles in the new anime series. Adrian Pasdar will be the voice of Tony Stark in Iron Man, and Milo Ventimiglia will be the voice of Wolverine. Here's the description for the Iron Man anime series: "In an effort to make amends for his past in weapons manufacturing, Tony Stark has dedicated himself to building the world up rather than tearing it down. Traveling to Japan to build a new arc reactor that will deliver unlimited free energy to the Japanese people, Stark is challenged by the Japanese government and the media when he attempts to import the necessary nuclear priming device. When the nuclear reactor is repeatedly attacked by the mysterious Zodiac consortium, Stark must gather his allies to take on Zodiac and its mastermind." Here's the description for the Wolverine anime series: "Based on the popular graphic novel by Chris Claremont and Frank Miller, the series begins when Mariko, the love of Logan's life, is forced back to Japan by her crime-lord father, Shingen. Logan vows to get her back at any cost. He is plunged into a chaotic world of corruption and violence, forcing him to team up with young assassin, Yukio, to battle their way through the Japanese criminal underworld." The new anime series will be guided by New York Times best-selling author Warren Ellis and produced by Madhouse for Marvel Entertainment and Sony Pictures Entertainment Japan. Iron Man premieres on Friday July 29th at 11 PM ET/PT followed by Wolverine at 11:30 PM ET/PT. The two series will air weekly Fridays from 11:00-Midnight ET/PT. Also, one more thing, G4 isn't stopping with just Iron Man and Wolverine. X-Men and Blade anime series will premier later this year on G4.