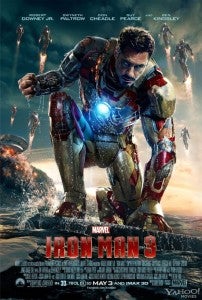 From April through September of this year, suits of armor and other props from Marvel's Iron Man films will be featured at a new attraction at Disneyland in California.

Beginning April 13, Iron Man Tech Presented by Stark Industries will give Disneyland park guests the chance to see Tony Stark’s Hall of Armor, featuring Iron Man suits Mark I-VII and even be able to virtually “suit up.” Through simulation technology, guests will be able to see what it’s like to operate the latest pieces of the Mark 42 Iron Man armor, even getting the chance to test out its  repulsor blasts.

And being that it's a Disney Park, presumably they'll have something where this virtual "suiting up" can come with a photo of you virtually in the armor for an extra fee. But that's just us guessing.