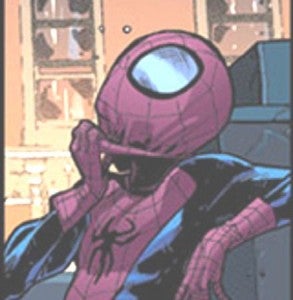 Marvel Comics has been teasing that they will make history when they announce Peter Parker's replacement as Spider-Man in the Ultimate Universe. Usually, when someone claims an event of historic significance then you can count on it being a first something (first woman, first African-American, etc.). Over at Bleeding Cool, they've been predicting the possibility of a black Spider-Man for some time now, and we think they are probably on to something. As they noted, there has been much online buzz over a teaser image released by Marvel Comics that shows Spider-Man in process of un-masking. The teaser image only shows a shadowy image of the neck of Spider-Man, but when you brighten up the image (as we have), it sure does look like an African-American neck. In addition to the neck image, the fact that Marvel Comics is making such a big deal of the announcement gives credibility to the possibility of a black Spider-Man. Series writer Brian Michael Bendis has already tweeted that the announcement will be made on Tuesday morning in USA Today. 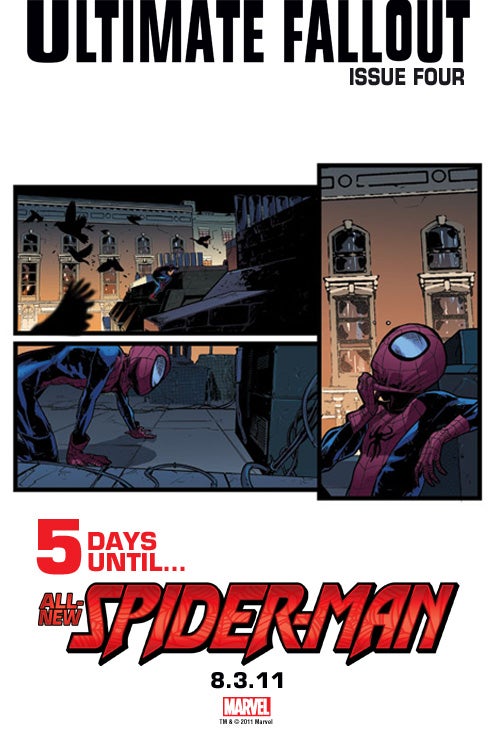 If Marvel were replacing Peter Parker with just another skinny white guy, it's unlikely that it would be considered newsworthy by the mainstream media. They could replace Spider-Man with a woman, but since there is already a Spider-Woman, it probably wouldn't gain that much attention (plus the teaser images certainly don't look like a woman). What would make headlines is to have the first African-American Spider-Man. Reaction online has been mixed, as some look at the possibility of a black Spider-Man as just a publicity stunt by Marvel. And of course, getting publicity is a major part of the current comic's game, but I think it would be more than just a publicity stunt and a really interesting move by Marvel. If you're going to kill off Peter Parker, then I think you've got to make a bold move and give people something different. We don't need another Peter Parker clone. Whether Ben Reilly or a completely new African-American character, I think the time has come for a black Spider-Man.