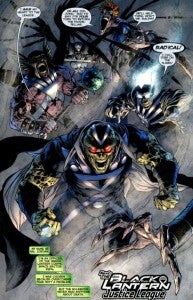 With the new CEO of Warner Bros. immediately coming into the job and saying that Justice League wasn't likely to happen unless Man of Steel was a smash, fans girded themselves for a tense few months of waiting to find out whether DC's premiere super team would ever get their day in the summer tentpole sun.

Now, though, as the release date creeps closer and Man of Steel is rumored to be fantastic, Warner Bros. is reportedly working on a second Superman film, with no further sign of progress on Justice League since it was reported that the script was "terrible" and may not even get used if the movie goes forward.

That's a lot to take in, but almost none of it sounds good for Justice League.

But what, really are the likely options?

Well, they could go with the Marvel method, launching solo films and buying themselves some time to figure out the situation with Justice League. This might be the best method all around, as it would endear the characters to casual fans before trying to launch them all into a group movie and having people say, "Why aren't we watching what Batman is doing right now?". Still, there's a problem with that method in that right now, superhero films are the biggest thing in Hollywood. It's nearly impossible to predict how long that will remain true, but if you're not in active production soon, you're likely losing light. As long as both Marvel and DC take different enough approaches to each film to keep them "fresh," they can keep the films from going stale for longer--but that's not guaranteed and certainly DC is starting at a disadvantage.

They could be developing Superman 2 right now in order to do exactly what they've already stated publicly; use the success of Man of Steel as a launchpad for bigger things, but with Superman 2 as the actual kickoff point of the DC Cinematic Universe. After all, while rumors have abounded since Justice League became something that was being written, nobody on any level has confirmed that any DC characters besides Superman, his pals and rogues even appear in this movie. Introducing someone in Superman 2, or writing a Superman/Batman movie springing out of Man of Steel, could be a common-sense approach to trying to test the waters.

The universe could be developed via a backdoor. With Man of Steel out there, perhaps the next DC film is either Superman 2 or Dark Universe, either one of which could acknowledge a shared universe with the other without having to go too in-depth on it. With Dark Universe, you've got a top-tier filmmaker eager to use some of the toys that most other directors might not think as cool as the Justice League...but if you could somehow use that as a way to introduce a threat that only Superman could take on...

Or...we could be thinking too hard. If the rumors are wrong and the Justice League script isn't all that terrible...or if it's terrible but they have faith in Beall to fix it, or in someone else to rewrite, who's to say that they can't co-develop Superman 2 and Justice League at the same time? Having Superman in the film would be a boon, but he wouldn't necessarily need a large role. In fact, there have been various points in the team's history in the comics where Superman was considered something of a storytelling liability because he's so powerful that every story suddenly has to be Armageddon. A story where the team forms largely without Superman, only to have him join up before the big fight, for instance, could keep him in the story without having to take him away from shooting Man of Steel sequels for long stretches of time. Certainly they managed to work it out for Iron Man, whose sequel is hitting theaters almost exactly a year after Marvel's The Avengers.

If the film as it currently stands is effectively stalled, though, the question becomes how long it will be, before Warner is willing or able to pick it back up again. The Justice League: Mortal script that George Miller was reportedly working on in 2009 never really seemed like a thing that would happen (although later accounts say that it was), and that film was developed and then axed with considerably less media scrutiny than this version, which drew immediate comparisons to The Avengers, the biggest film in years. After two failures in a relatively short period of time and being in direct competition with a movie like that, it seems likely that the studio will be a little gunshy to get serious about Justice League a third time without a really good idea of what they're doing.

Is the Justice League Movie Dead?