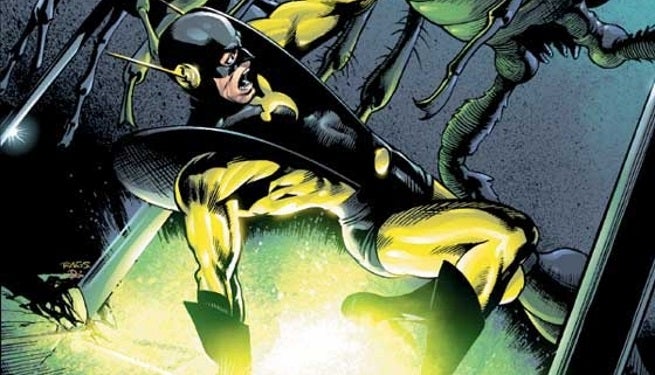 The first image of Yellowjacket in the upcoming Ant-Man movie may have surfaced online, via Twitter.

The image embedded below appeared on the MoviesBook Twitter, and suggested that it is indeed Yellowjacket. We have no further information the image’s origin.

Yellowjacket will be played by Corey Stoll in the film. At San Diego Comic-Con, Stoll said that the character is a protégé of Hank Pym’s who comes to possess a next generation Ant-Man costume. The image certainly seems next gen to me.

In the comics, Yellowjacket is a persona taken on by Pym following a psychotic breakdown. Yellowjacket is much more bold and confident than Hank Pym the scientist, but signs of being sociopathic and comes to represent Pym’s dark side.

The film has combined Yellowjacket with another Ant-Man villain, Darren Cross, who is a rival scientist and industrialist in the comics.

Is This Our First Look At Yellowjacket In Ant-Man?