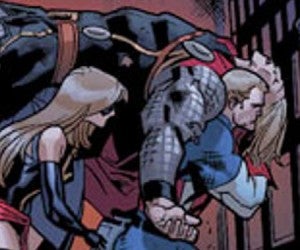 Apparently not even a hit movie is enough to save a character if the powers at be at Marvel decide it's time for that character to die. With a recent death count that includes the Human Torch, Ultimate Spider-Man, and Bucky Barnes, Marvel Comics seems to be living up to it's commitment to kill a character every quarter. If recent teasers are any indication, the next Marvel superhero to meet the grim reaper could be none other than Thor, the God of Thunder. While it might seem crazy to kill off Thor after his recent movie success and with the Avengers movie drawing closer, Marvel Comics might do it for that very reason. Thor's success has made him a major character to the American public, which means the mainstream media will be quick to pick up the story if Marvel goes through with killing Thor. Here is the evidence so far that points to Thor's impending death. In a teaser for Fear Itself #6, several other Marvel characters such as Captain America, Ms. Marvel, Hawkeye, and Spider-Woman can be seen carrying what appears to be the lifeless body of Thor. Of course, Thor could be just knocked unconscious or taking a nap, but the big guy certainly looks dead. Plus, if Thor were simply injured, you would think the other Marvel heroes would be in a bigger hurry and not trudging along in classic pallbearer poses. 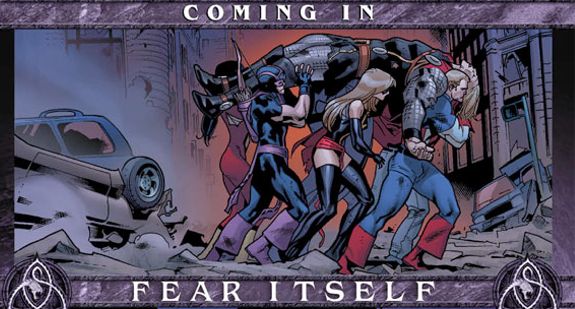 After the apparent Thor corpse in Fear Itself #6, the next piece of evidence is that Marvel released a teaser image about their next event called Battle Scars. Guess who has been replaced in the Battle Scars teaser image? Yes, Thor is missing, and there is some weird looking guy wearing a Thor-like outfit. 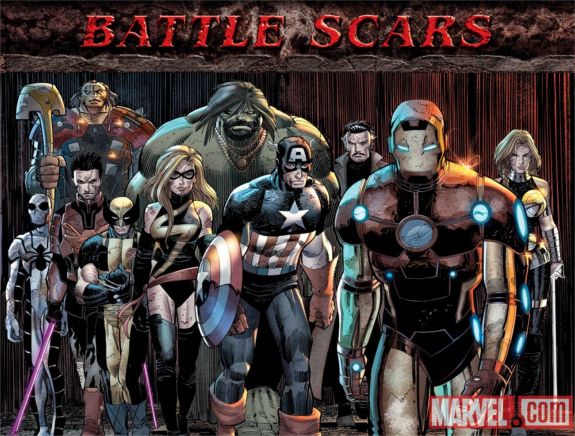 In the biggest hint yet, Marvel Comics released the cover for Mighty Thor #8 today, and Thor isn't on it. In his place is that weird looking guy from Battle Scars, who now has a name. According to the Mighty Thor #8 cover, Tanarus is the new God of Thunder. 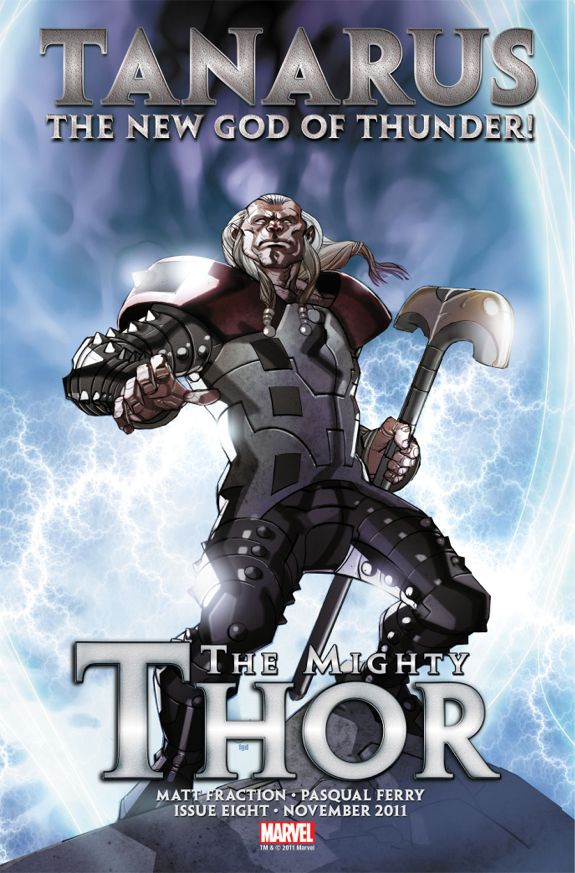 And if there were any doubt, Brian Michael Bendis certainly seemed to indicate that something was brewing during Marvel's Next Big Thing: Avengers conference call. In regards to roster-tweaking in the Avengers, Bendis said "Not everybody is going to be available for the roster following Fear Itself, particularly in the Avengers book."

Is Thor The Next Marvel Superhero To Die?