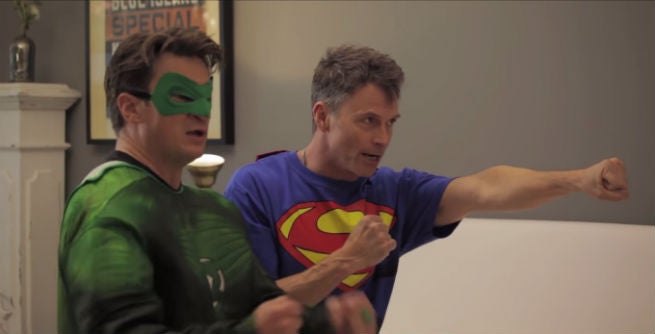 With Green Lantern rumored to be the only member of the Justice League who won't appear in Batman V Superman: Dawn of Justice, the casting for the character is unlikely to be revealed anytime soon...but with an older Batman in the film, it's no longer unreasonable to consider Firefly and Castle star Nathan Fillion for the role of Hal Jordan.

There are a few reasons for this, only the first of which is that Fillion, who is a fan-favorite for the role but who has often been talked about as "too old," since most superhero stories start when the characters are very young, is only 43 years old to Batman Ben Affleck's 42. 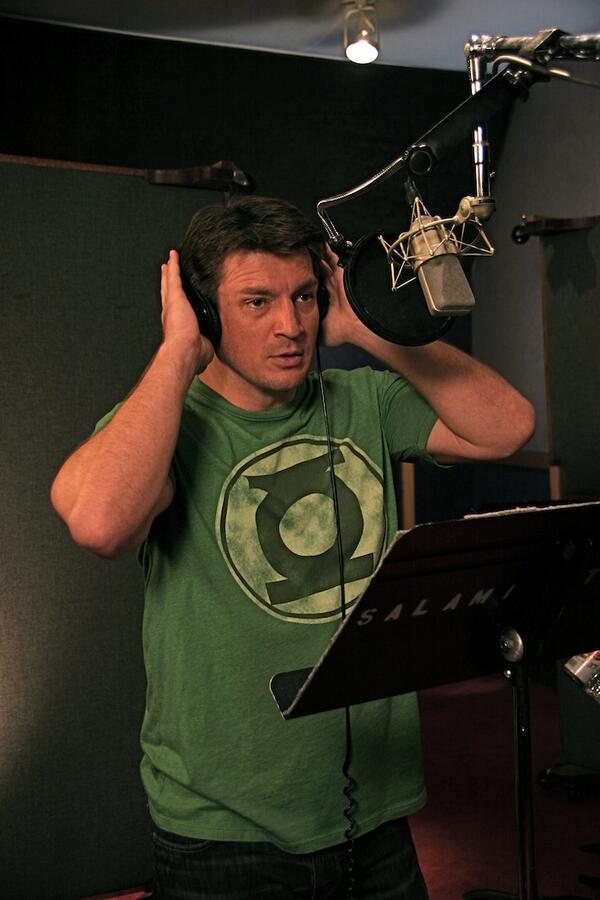 He is, however, the iconic Green Lantern, the face of the Corps to most comic book fans and anybody who grew up prior to the '90s. So...why not have him anyway?

To have Hal Jordan appear in the Justice League movies, or at least in the Green Lantern solo film, even if he isn't actually the Green Lantern appearing as the lead in those films seems like a no-brainer, and having a fan-favorite actor who could be peers with Batman (after all, they were the first two characters seen in Geoff Johns' Justice League #1 and the heroes who have the longest and most elaborate backstory in the New 52) couldn't hurt.

Fillion would also maintain some kind of continuity between the Green Lantern movie and the new iteration -- not literal continuity, in terms of that film "counting," which we've been told repeatedly that it doesn't...but continuity in terms of stability, as fans who first encountered the character onscreen rather than in the comics will recognize the smirking, jokey exterior Fillion often projects as something that a Ryan Reynolds character could project easily.

On top of all that? It's Nathan Fillion. He's one of those guy whose name comes up every time there's a superhero movie to be cast -- and since Marvel just scored another one of those guys in Doctor Strange star Benedict Cumberbatch, it couldn't hurt DC to pick one up and score some goodwill with the fans.

It's Not Too Late To Cast Nathan Fillion as Green Lantern