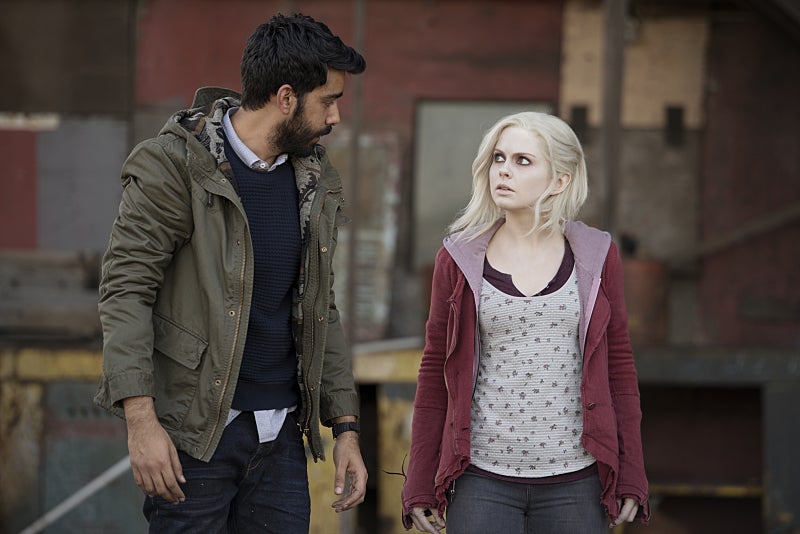 The CW has released an official synopsis for the May 5 episode of iZombie, titled "Dead Air."

This episode gives us a "game-changing" vision on Liv's part, a threat from Blaine...and an unexpected love interest for Ravi.

Fire up your brains, folks! Who might it be? Peyton? Liv's brother?

Check out the synopsis below.

LIV HAS A VISION THAT MIGHT BE A GAME CHANGER — Liv (Rose McIver) and Clive (Malcolm Goodwin) work together to solve the murder of a morning radio talk show host who specialized in relationship straight talk. Liv becomes filled to the brim with insight after consuming the brains, making Clive extremely uncomfortable when Liv starts getting personal. Meanwhile, Peyton (guest star Ali Michalka "Easy A") steps in to help Major (Robert Buckley), and Blaine (David Anders) issues a warning. Lastly, Ravi's (Rahul Kohli) unexpected romantic connection has the potential to make things awkward for Liv. Zetna Fuentes directed the episode written by Aiyana White (#108). Original airdate 5/5/2015.

Riverdale: Kiernan Shipka Returns as Sabrina in "Chapter One Hundred and Fourteen: The Witches of Riverdale" Synopsis