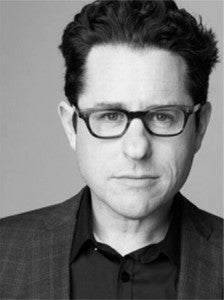 After many months of silence, J.J. Abrams has finally spoken about Star Wars Episode VII again. While he still didn't reveal anything of significance such as a title or any casting news, he at least did drop some vague tidbits of information, which is better than nothing at this point.

In an interview with Entertainment Weekly, J.J. Abrams was asked  which of the previously Star Wars best exemplified the spirit and tone he plans for Star Wars Episode VII. "Impossible for me to say because it’s going to be an evolving thing," said Abrams. "I would say we are working really hard to make a movie that feels as emotional and authentic and exciting as possible. Whatever your favorite Star Wars movie is and how to compare it is really sort of subjective."

In regards to the unsolicited advice fans have been giving, Abrams said, "It’s been nice see that how important it is and to be reminded how important it is to so many people. We all know that [creator George Lucas'] dream has become almost a religion to some people. I remember reading a thing somewhere, someone wrote about just wanting [the new film] to feel real; to feel authentic. I remember I felt that way when I was 11 years old when I saw the first one. As much of a fairy tale as it was, it felt real. And to me, that is exactly right."

Even though J.J. Abrams avoided comparing Star Wars Episode VII to a previous Star Wars movie in his first answer, he second answer seems to indicate that he's following the tone of the first Star Wars movie. While this doesn't confirm that the original cast is coming back, the use of the words "emotional" and "authentic" certainly seems to imply that will be the case. What could be more emotional for fans than to see the return of Luke Skywalker, Princess Leia, and Han Solo?