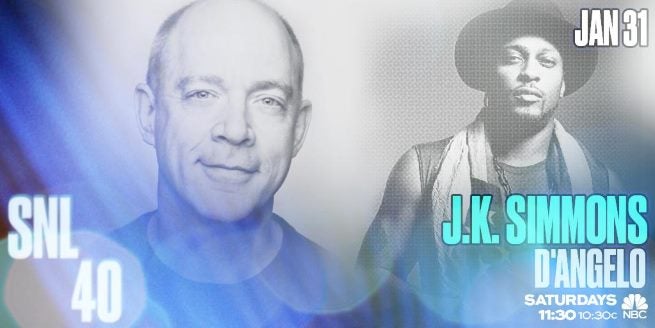 NBC has announced that J.K. Simmons will host the January 31 episode of Saturday Night Live.

Simmons is likely best known to comic books fans for his role as J. Jonah Jameson in Sam Raimi's Spider-Man film trilogy and several Marvel animated features. He also voiced Tenzin in The Legend of Korra, and will have a role in the upcoming Terminator Genisys.

Simmons is currently promoting the film Whiplash, which has earned him Golden Globe and Academy Awards nominations for his portrayal of music instructor Terence Fletcher.