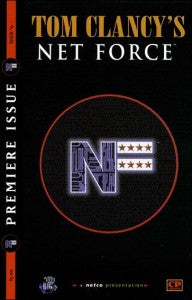 According to various sources, bestselling author Tom Clancy has died at age 66.

Clancy was the creator of the Jack Ryan franchise, which spawned a number of films starring Alec Baldwin, Harrison Ford and Ben Affleck as Ryan. Another Jack Ryan film, this time starring Chris Pine, is due in theaters on Christmas.

Clancy is also responsible for the Ghost Recon, Splinter Cell and Rainbox Six video game franchises. A Ghost Recon film is rumored to be in the works under director Michael Bay, and last month, it was announced that Y: The Last Man and Under the Dome writer Brian K. Vaughan would do the adaptation.

His work has also been adapted to comics in the past, in 1997's Tom Clancy's Net Force: Flame War.